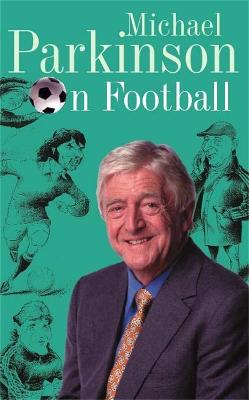 In this fascinating and often hilarious volume Parkinson gives his views on most aspects of the modern game, whilst also casting his mind back to a time when newspapers didn't care whether footballers wore their wives knickers or not. He pays tribute to some of the great names of the past such as Stanley Matthews and Bobby Moore, and offers opinions on more recent headline-makers like Paul Gascoigne and Eric Cantona. Superstars such as George Best and David Beckham are also discussed, with one of the most respected observers of both sport and celebrity bringing his unique personal insight to bear.

» Have you read this book? We'd like to know what you think about it - write a review about Michael Parkinson on Football book by Michael Parkinson and you'll earn 50c in Boomerang Bucks loyalty dollars (you must be a Boomerang Books Account Holder - it's free to sign up and there are great benefits!)

Born in Yorkshire, Michael Parkinson left school at sixteen with the ambition to play cricket for Yorkshire and England and to write about cricket for the Manchester Guardian. Although, he didn't manage to fulfil the first half of his ambition, he has since become one of the most successful journalists of his generation. He wrote a sports column for The Sunday Times for fifteen years and now writes for the Telegraph. He is also a legendary TV and radio presenter and can currently be seen on BBC 1 in the return of his hugely popular TV chat show, Parkinson.

George Best: A Memoir: A unique biography of a football icon perfect for self-isolation
$26.39 $32.99