Tales of the City 7

Michael Tolliver, the sweet-spirited Southerner in Armistead Maupin's classic Tales of the City series, is arguably the most beloved gay character in fiction. Now, almost twenty years after ending his groundbreaking saga of San Francisco life, Maupin revisits his all-too-human hero, letting the 55-year-old gardener tell his story in his own voice.Having survived the plague that took so many of his friends and lovers, Michael has learned to embrace the random pleasures of life, the tender alliances that sustain him in the hardest of times, Michael Tolliver Lives follows its protagonist as he finds love with a younger man, attends to his dying fundamentalist mother in Florida, and finally reaffirms his allegiance to a wise octogenarian who was once his landlady.While Maupin insists that this book is not, strictly speaking, a continuation of Tales of the City, a reassuring number of familiar faces appear along the way. As usual, the author's mordant wit and ear for pitch-perfect dialogue serve every aspect of the story-- from the bawdy to the bittersweet. Michael Tolliver Lives is a novel about the act of growing older joyfully and the everyday miracles that somehow make that possible. 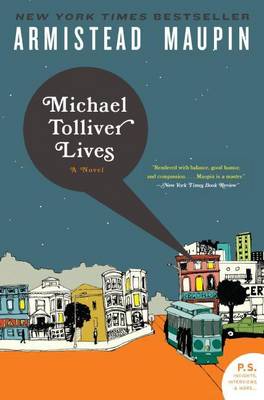 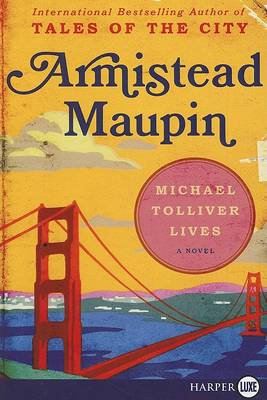 » Have you read this book? We'd like to know what you think about it - write a review about Michael Tolliver Lives book by Armistead Maupin and you'll earn 50c in Boomerang Bucks loyalty dollars (you must be a Boomerang Books Account Holder - it's free to sign up and there are great benefits!)