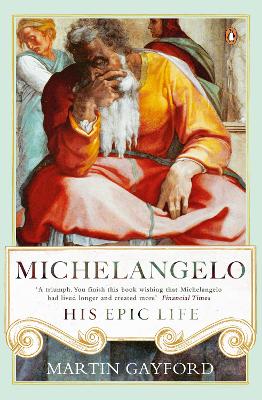 A new biography of Michelangelo by the acclaimed author of Constable in Love and The Yellow House.

'An absorbing book, beautifully told and with the writer fully in command of a huge body of research' Philip Hensher, Mail on Sunday

There was an epic sweep to Michelangelo's life. At 31 he was considered the finest artist in Italy, perhaps the world; long before he died at almost 90 he was widely believed to be the greatest sculptor or painter who had ever lived (and, by his enemies, to be an arrogant, uncouth, swindling miser). For decade after decade, he worked near the dynamic centre of events- the vortex at which European history was changing from Renaissance to Counter Reformation. Few of his works - including the huge frescoes of the Sistine Chapel Ceiling, the marble giant David and the Last Judgment - were small or easy to accomplish. Like a hero of classical mythology - such as Hercules, whose statue Michelangelo carved in his youth - he was subject to constant trials and labours. In Michelangelo Martin Gayford describes what it felt like to be Michelangelo Buonarroti, and how he transformed forever our notion of what an artist could be.

'It is a measure of Michelangelo's magnitude, and Gayford's skill in capturing it, that you finish this book wishing that Michelangelo had lived longer and created more' Rachel Spence, FT

'One of our most distinguished writers on what makes modern artists tick . . . It is very difficult to cut through the thicket of generations of scholarship and say anything new about David, the Sistine Chapel, The Last Judgement, the Basilica of St Peter's or many of Michelangelo's other masterpieces, but Gayford manages to do so by encouraging us to think - and look - at both the obvious and the overlooked' Sunday Telegraph 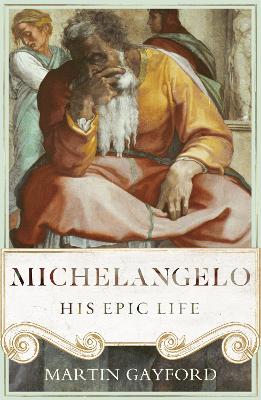 Martin Gayford is art critic for the Spectator. Among his publications are: A Bigger Message: Conversations with David Hockney; Man with a Blue Scarf; On Sitting for a Portrait by Lucian Freud; Constable in Love: Love, Landscape, Money and the Making of a Great Painter; The Yellow House: Van Gogh, Gauguin and Nine Turbulent Weeks in Arles; The Penguin Book of Art Writing, of which he was the co-editor; and contributions to many catalogues. He lives in Cambridge with his wife and two children.