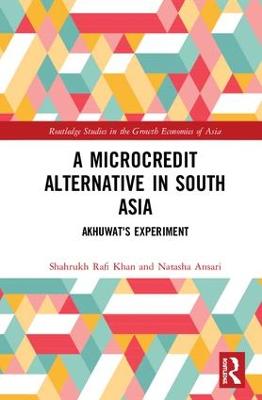 A Microcredit Alternative in South Asia

Microcredit took the development world by storm as a tool for poverty alleviation in the 1980s. After being hailed as a panacea, a few decades on it started being forcefully criticised based on its practice.

This book explores Akhuwat (literally brotherhood), a rapidly growing Pakistani NGO formed in 2001, which addresses the shortcomings of conventional microfinance. Its vision is of a society built on empathy and social solidarity and its mission is that of creating self-sufficiency among the entrepreneurial poor. This book examines whether Akhuwat fulfils its promises of not pushing loans or encouraging clients to get on a debt treadmill and helping them to avoid high debt burdens by charging no interest and easing repayment terms. Conventional microcredit organizations are criticised for losing sight of the original mission of poverty alleviation by engaging in empire building and Akhuwat's goal is to avoid this by embracing an alternative strategy of scaling up. Finally, this book also analyses Akhuwat's approach as being gender sensitive and embracing all religions, castes and ethnicities.

Based on fieldwork designed to assess if Akhuwat is the microcredit alternative it claims to be, this book will be of interest to scholars of poverty and development studies in general and microcredit in particular. 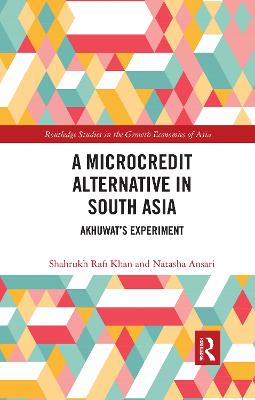 » Have you read this book? We'd like to know what you think about it - write a review about Microcredit Alternative in South Asia book by Shahrukh Rafi Khan and you'll earn 50c in Boomerang Bucks loyalty dollars (you must be a Boomerang Books Account Holder - it's free to sign up and there are great benefits!)

Shahrukh Rafi Khan is currently a Mount Holyoke College Research Associate. He has published extensively in refereed journals and authored and edited several books. His recent books include a History of Development Economics Thought and Market as Means not Master: Towards New Developmentalism (Routledge, 2010). Natasha Ansari is a Research Associate at the Collective for Social Science Research. She is one of the lead researchers on the Value Chains pillar for the research consortium Leveraging Agriculture for Nutrition in South Asia (LANSA) in Pakistan.

A Preview for this title is currently not available.
More Books By Shahrukh Rafi Khan
View All

A History of Development Economics Thought: Challenges and Counter-challenges
$77.21 $77.99