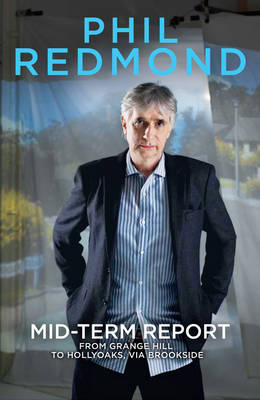 GRANGE HILL Swimming pool disasters. Drugs, and just say no . Flying sausages. School like you d never seen it before. BROOKSIDE b> esbian kisses. Bodies under patios. Exploding shops. Suburban life like you d never seen it before. HOLLYOAKS b> ad boys on bikes. Loveable geeks. Leggy blondes. Students like you d never seen them before. PHIL REDMOND b> i>Three classic TV programmes. One TV genius. This is the behind-the-scenes story of how a working-class lad from the Liverpool suburbs went from living on a housing estate to buying one, and from comprehensive school dinners to lunch with the Queen. Along the way he learned a lot of lessons, broke all the rules, and changed television for ever. 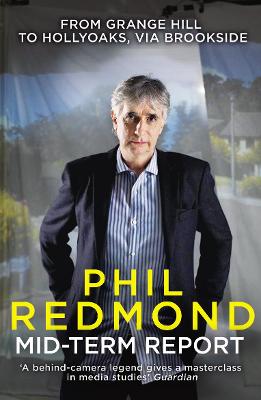 » Have you read this book? We'd like to know what you think about it - write a review about Mid-Term Report book by Phil Redmond and you'll earn 50c in Boomerang Bucks loyalty dollars (you must be a Boomerang Books Account Holder - it's free to sign up and there are great benefits!)

Phil Redmond CBE is a well-known television producer and screenwriter. He grew up in Huyton and attended St Kevin's Comprehensive School before gaining a Social Studies Degree from Liverpool University. He began writing scripts for the TV sitcoms such as The Squirrels before using his own experience of comprehensive schools to come up with the idea for Grange Hill. The programme was aired on BBC One from 1978 - 2008 and dealt with many of the challenges facing teenagers at high school. Redmond went on to create the soap Brookside, which was based around the lives of the residents of Brookside Close, Liverpool, and was aired on Channel 4 between 1982 and 2003. Redmond also developed the teen soap Hollyoaks which is now one of the most established soap operas on UK television. Redmond was awarded a CBE in 2004 in the Queen's Birthday Honours List for his services to drama.

A Preview for this title is currently not available.
More Books By Phil Redmond
View All