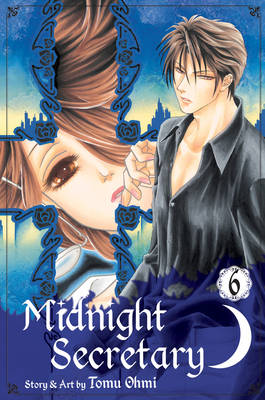 Kaya Satozuka prides herself on being an excellent secretary and a consummate professional, so she doesn't even bat an eye when she's reassigned to the office of her company's difficult director, Kyohei Touma. He's as prickly-and hot-as rumors paint him, but Kaya is unfazed...until she discovers that he's a vampire!!

Kyohei has finally admitted that he loves Kaya, and he's even stopped feeding on other women. But even though they've worked out their personal issues, their dual roles as boss/secretary and vampire/human are still a huge hurdle to overcome. Can Kaya and Kyohei stand up to the disapproval of the business world and the vampire world?!

» Have you read this book? We'd like to know what you think about it - write a review about Midnight Secretary, Vol. 6 book by Tomu Ohmi and you'll earn 50c in Boomerang Bucks loyalty dollars (you must be a Boomerang Books Account Holder - it's free to sign up and there are great benefits!)

Tomu Ohmi debuted in 2000 with the supernatural Josei manga Kindan no Koi wo Shiyou. She is the creator of Midnight Secretary, available in North America, the United Kingdom, Australia and New Zealand from Viz Media.