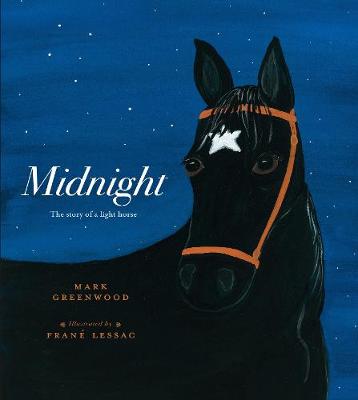 A foal is born at midnight, on the homestead side of the river. Coal black. Star ablaze. Moonlight in her eyes.

On October 31, 1917, the 4th and 12th Regiments of the Australian Light Horse took part in one of the last great cavalry charges in history. Among the first to leap the enemy trenches was Lieutenant Guy Haydon riding his beloved mare, Midnight. This is their story.

Other Editions - Midnight by Mark Greenwood 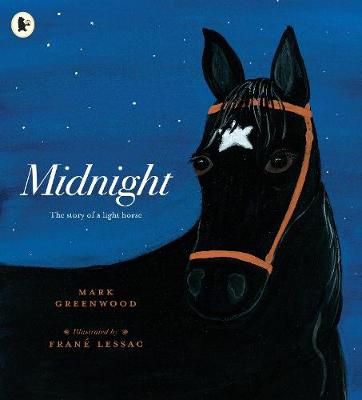 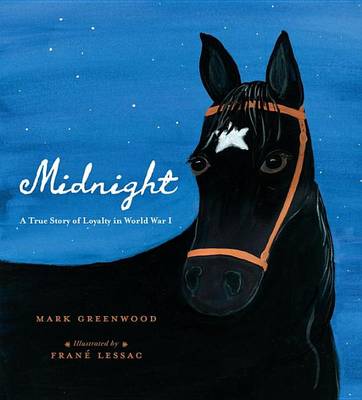 » Have you read this book? We'd like to know what you think about it - write a review about Midnight book by Mark Greenwood and you'll earn 50c in Boomerang Bucks loyalty dollars (you must be a Boomerang Books Account Holder - it's free to sign up and there are great benefits!)

Mark Greenwood is a musician and award-winning children's author. He has twice won the Western Australian Premier's Award for children's books and Simpson and His Donkey was Honour Book in 2009 at the Children's Book Council of Australia Awards. He is married to Frane Lessac and they live with their two children in Western Australia. For more information about Mark's work, please visit his website: www.markgreenwood.com.au. Frane Lessac is originally from New Jersey and is an artist of international renown having exhibited in London, Paris, New York, Los Angeles, and the Caribbean. Residing in Western Australia, Lessac now has over 30 children's books published throughout the world. Her work has won Australian and international awards and has been translated into numerous languages. In 2010 she was awarded the Muriel Barwell Award for Distinguished Service to Children's literature.