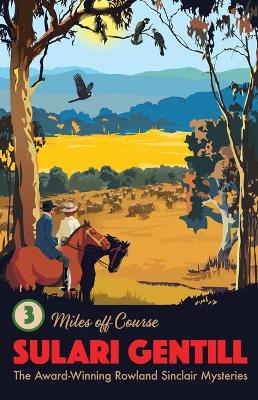 In early 1933, Rowland Sinclair and his companions are ensconced in the superlative luxury of The Hydro Majestic Medlow Bath, where trouble seems distant indeed. And then Harry Simpson vanishes. Croquet and pre-dinner cocktails are abandoned for the High Country where Rowland hunts for Simpson with a determination that is as mysterious as the disappearance itself. Stockmen, gangsters and a belligerent writer all gather to the fray, as the investigation becomes embroiled with a much darker consipiracy.

Other Editions - Miles off Course by Sulari Gentill 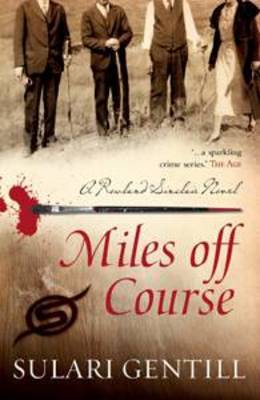 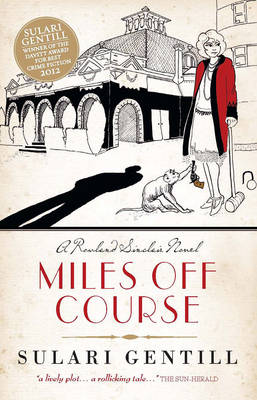 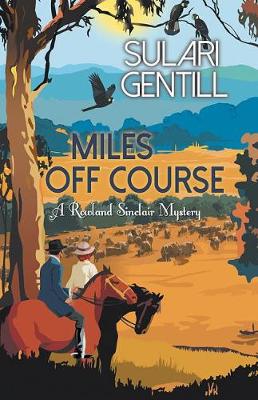 » Have you read this book? We'd like to know what you think about it - write a review about Miles off Course book by Sulari Gentill and you'll earn 50c in Boomerang Bucks loyalty dollars (you must be a Boomerang Books Account Holder - it's free to sign up and there are great benefits!)

5 stars Miles Off Course is the third book in the Rowland Sinclair series by award-winning Australian author, Sulari Gentill. Already a sojourn for creative pursuits has been interrupted by an attempt to kidnap gentleman artist, Rowland Sinclair; now, it will be aborted when his older brother, Wilfred turns up at the Hydro Majestic in Medlow Bath requiring Rowly to urgently find a missing family employee. Of course, his ever-loyal artistic friends (Edna the sculptress, Milton the poet and Clyde the artist) insist on participating.

Wilfred Sinclair’s aboriginal stock manager, Harry Simpson was sent to oversee the autumn stock muster on their snow lease in the high country, but has disappeared. For this trusted employee, such behaviour is completely out of character, and while virtually every person they speak to maintains that Harry has just walked off, as their type do, neither Wilfred nor Rowly is convinced. Something else is going on, but what?

Head stockman Ned Moran and his men are wary, and do all they can to discourage Rowly from riding to the snow lease, especially with his friends, including Edna and a very insistent incognito female writer with some Sinclair family history. They are not to be deterred, although Rowly is again frustrated by his ineffectual dissuasive powers over these fiercely independent women. In another riveting instalment of twists, red herrings and drama, Gentill includes plenty in interesting historical detail, gives several well-known figures cameos, and manages to include buck jumping, four kidnap attempts, limestone caves, grave looters, a rooftop scramble, a burning hut, a fevered kiss (or two), cattle stealing, and a very big hint about certain Sinclair blood relations. And has Rowly, late in the story, finally hit upon an effective way to dissuade Edna from tagging along in dangerous situations?

Quotes from press articles of the time that preface the chapters cleverly serve the purpose of providing information pertinent to the text that follows. As always, Gentill flawlessly captures the era. This is a superlative dose of Australian historical crime fiction, and readers who enjoy it will be pleased to know they can look forward to a further seven (at least) instalments of this award-winning series, beginning with Paving The New Road.