What Everyone Needs to Know (R)

What significance does "ethics" have for the men and women serving in the military forces of nations around the world? What core values and moral principles collectively guide the members of this "military profession?" This book explains these essential moral foundations, along with "just war theory," international relations, and international law. The ethical foundations that define the "Profession of Arms" have developed over millennia
from the shared moral values, unique role responsibilities, and occasional reflection by individual members the profession on their own practices - eventually coming to serve as the basis for the "Law of
Armed Conflict" itself.This book focuses upon the ordinary men and women around the world who wear a military uniform and are committed to the defense of their countries and their fellow citizens. It is about what they do, how they do it, what they think about it, how they behave when carrying out their activities, and how they are expected to behave, both on and off the battlefield (whether in, or out of, uniform) - and what everyone (and not just military personnel
themselves) needs to know about this. The book also examines how military personnel are treated and regarded by those whom they have sworn to defend and protect, as well as how they
treat and regard one another within their respective services and organizational settings. Finally, the book discusses the transformations in military professionalism occasioned by new developments in armed conflict, ranging counterinsurgency warfare and humanitarian military intervention, to cyber conflict, military robotics, and private military contracting. From China to Russia, author George Lucas effectively sheds light on today's military ethics in existence throughout the world.
What Everyone Needs to Know (R) is a registered trademark of Oxford University Press. 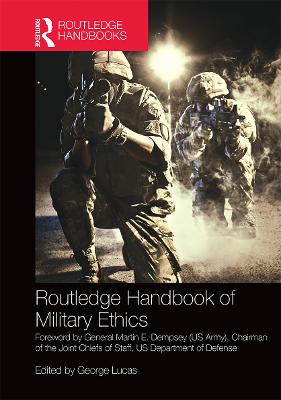 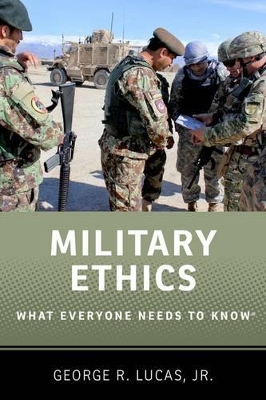 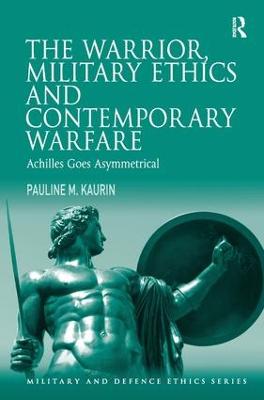 » Have you read this book? We'd like to know what you think about it - write a review about Military Ethics book by George Lucas and you'll earn 50c in Boomerang Bucks loyalty dollars (you must be a Boomerang Books Account Holder - it's free to sign up and there are great benefits!)

George Lucas is Professor Emeritus at the Naval Postgraduate School (Monterey, CA), and formerly held the Distinguished Chair in Ethics at the U.S. Naval Academy. He is currently President of the original chapter of the International Society for Military Ethics (ISME), and editor of the new Routledge Handbook of Military Ethics (2015), containing contributions from military leaders and civilian scholars and educators around the world. Together with Captain W. R. Rubel (U.S. Navy, retired), he is co-editor of a textbook Ethics and the Military Profession: the Moral Foundations of Leadership, and its companion volume, Case Studies in Military Ethics, both widely used in military service academies and in Reserve Officer training (ROTC) programs in colleges and universities throughout the U.S. He currently serves on the Editorial Board of the Journal of Military Ethics, and teaches as a visiting scholar at the French Military Academy (Saint-Cyr).