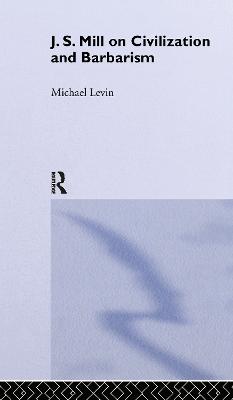 Mill on Civilization and Barbarism

Description - Mill on Civilization and Barbarism by Michael Levin

John Stuart Mill's best-known work is On Liberty (1859). In it he declared that Western society was in danger of coming to a standstill. To understand how Mill came to this conclusion requires one to investigate his notion of the stages from barbarism to civilisation, and also his belief in imperialism as part of the civilising process. This study encompasses discourses on the blessings, curses and dangers of modernisation from approximately the time of the American and French revolutions to that of the so-called mid-Victorian calm in which On Liberty was written. Current political issues concerning the West and Islamic countries have heightened interest in just the kind of question that this book discusses: that of how the West relates to, and assesses, the rest of the world.

Other Editions - Mill on Civilization and Barbarism by Michael Levin 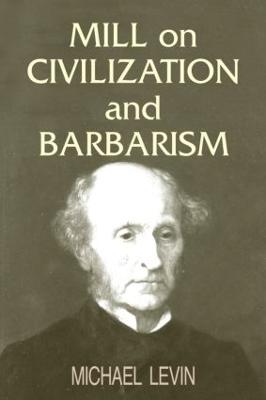 Book Reviews - Mill on Civilization and Barbarism by Michael Levin

» Have you read this book? We'd like to know what you think about it - write a review about Mill on Civilization and Barbarism book by Michael Levin and you'll earn 50c in Boomerang Bucks loyalty dollars (you must be a Boomerang Books Account Holder - it's free to sign up and there are great benefits!)

Michael Levin is Senior Lecturer in Politics at Goldsmith's College, University of London. He previously taught at the Universities of Leicester, Leeds and Wales and has been twice Visiting Professor of Sociology at San Diego State University. He is the author of Marx, Engels and Liberal Democracy (1989), The Spectre of Democracy: The Rise of Modern Democracy as Seen by its Critics (1992), and The Conditions of England Question: Carlyle, Mill, Engels (1998).

A Preview for this title is currently not available.
More Books By Michael Levin
View All

Innovations in Acceptance and Commitment Therapy: Clinical Advancements and Applications in ACT
$123.16 $136.85