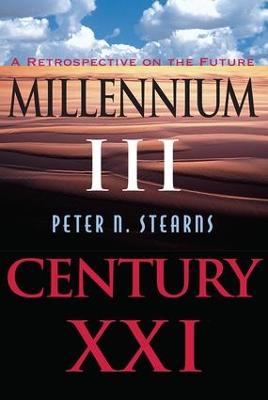 A Retrospective On The Future

As a new century and millennium approach, the world braces itself for a frenzied outpouring of popular excitement, tabloid predictions, and religious hysteria, all egged on by a strong dose of mass media attention. Fortunately, historian Peter Stearns has supplied the antidote with this witty and insightful look at earlier millennial fevers and turn-of-the-century neuroses. By examining this past, he provides a useful perspective on the millennial hype coming in the near future. And even if you don't really expect the world to end, the question remains: Can we survive the media's millennium? Start with concepts of time. Until very recently, most non-Western societies did not share our linear view of time. But even in our own culture, the first celebration for the beginning of a new century only goes back to the year 1300, and the last millennium in a.d. 1000 passed unnoticed. The notion that there is significance to these spans of time is really very recent. To understand how we came to count and care about the passage of large units of time, it is crucial to consider not only the configuration of calendars but also Christian thinking about the millennium. Stearns outlines the biblical basis for millennial prophecies, describes later church doctrines, and explores the manifestations of religious millennial excitement, with an emphasis on the vigorous tradition still thriving in the United States, from the Millerites of the 1840s to today's Branch Davidians. What actually happened the first time the world crossed the threshold of a new millennium? We're sure to hear some gripping stories about outbreaks of mass hysteria in the Dark Ages, but they aren't true, and it's important to understand where the myth originated and why it persists. Then there's the century to consider. The advent of the 20th century, our most recent precedent, was marked by complex mixtures of optimism and despair. The book analyses this odd coalescence of moods and then considers its relevance to present attitudes, which seem interestingly different from those experienced by our great-grandparents. Finally, we are sure to hear some provocative forecasting by prophets and journalists alike. Stearns concludes by making some predictions of his own about these prognostications, unmasking how they are done and offering useful ways to sort out which ones are reasonable and which are bunk. Millennium III, Century XXI will be an invaluable dose of common sense as we contemplate the real meaning of the approaching third millennium. It's the only book you need to read before we party like it's 1999. 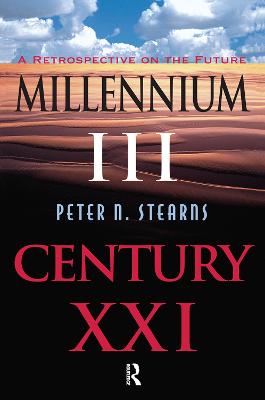 » Have you read this book? We'd like to know what you think about it - write a review about Millennium III, Century Xxi book by Peter N Stearns and you'll earn 50c in Boomerang Bucks loyalty dollars (you must be a Boomerang Books Account Holder - it's free to sign up and there are great benefits!)

Peter N. Stearns is provost and professor of history at George Mason University. He is the editor of the Journal of Social History and the author of many books, including World Civilizations: The Global Experience and World History in Brief: Major Patterns of Change and Continuity.

A Preview for this title is currently not available.
More Books By Peter N Stearns
View All