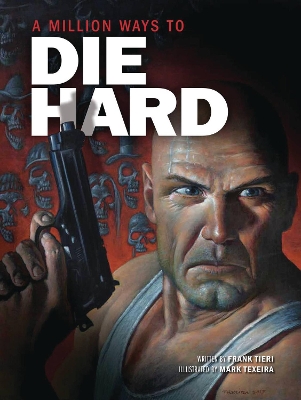 A Million Ways to Die Hard

Description - A Million Ways to Die Hard by Frank Tieri

The adventures of John McClane continue in this new explosive comic based on the Die Hard franchise!

Thirty years after the release of Die Hard, a retired John McClane is being pulled back into the game by a dangerous foe he never thought he'd face again-a psychotic serial killer with a theatrical taste for casting his victims in reproductions of Hollywood's greatest and deadliest films! Faced with impossible choices and unimaginable odds, A Million Ways To Die Hard just may be the last case John McClane ever has.

With a suspenseful new story by industry veterans Frank Tieri and Mark Texeira, A Million Ways To Die Hard is packed with all the humor, action, and firepower that defined the Die Hard series and is sure to thrill fans everywhere.

» Have you read this book? We'd like to know what you think about it - write a review about Million Ways to Die Hard book by Frank Tieri and you'll earn 50c in Boomerang Bucks loyalty dollars (you must be a Boomerang Books Account Holder - it's free to sign up and there are great benefits!)

A Preview for this title is currently not available.
More Books By Frank Tieri
View All