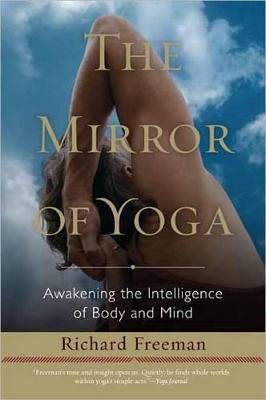 The Mirror Of Yoga

Description - The Mirror Of Yoga by Richard Freeman

The world of yoga is astonishingly rich in its array of schools and practices. Yet as diverse as they seem, they share a common aim- the discovery of the essence of existence that can be found at the core of our being, and the liberation that comes from that discovery. With this worthy goal in mind, Richard Freeman presents an enlightening overview of the many teachings, practices, and scriptures that serve as the basis for all the schools of yoga-hatha, bhakti, jnana, karma, tantra, and others. He shows how the myriad forms are ultimately related and can even be perceived to make up a vast, interpenetrating matrix, symbolizing the unity, profundity, and beauty of the ancient tradition.

Book Reviews - The Mirror Of Yoga by Richard Freeman

» Have you read this book? We'd like to know what you think about it - write a review about Mirror Of Yoga book by Richard Freeman and you'll earn 50c in Boomerang Bucks loyalty dollars (you must be a Boomerang Books Account Holder - it's free to sign up and there are great benefits!)

Richard Freeman has been a student of yoga since 1968. His background includes studying Ashtanga, Iyengar, bhakti, and traditional hatha yoga; Western and Eastern philosophy; and Sanskrit; all of which he incorporates into the Ashtanga yoga practice as taught by his principal teacher, K. Pattabhi Jois of Mysore, India. Richard teaches at his studio, the Yoga Workshop, in Boulder, Colorado, as well as at studios and conferences throughout the world. He also has a video series, Yoga with Richard Freeman, which has inspired many people to take up yoga. He is also a frequent contributor to Yoga Journal.

A Preview for this title is currently not available.
More Books By Richard Freeman
View All