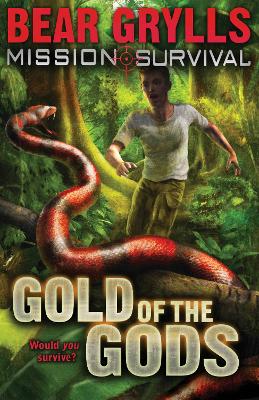 Mission Survival 1: Gold of the Gods

Description - Mission Survival 1: Gold of the Gods by Bear Grylls

Beck Granger is lost in the jungle with no food, no compass, and no hope of rescue.

But Beck is no ordinary teenager - he's the world's youngest survival expert. If anyone can make it out alive, he can.

» Have you read this book? We'd like to know what you think about it - write a review about Mission Survival 1: Gold of the Gods book by Bear Grylls and you'll earn 50c in Boomerang Bucks loyalty dollars (you must be a Boomerang Books Account Holder - it's free to sign up and there are great benefits!)