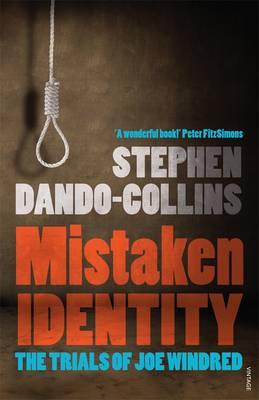 The Trials of Joe Windred

Another extraordinary true Australian tale discovered by the bestselling author of Crack Hardy, Stephen Dando-Collins.Mistaken identity haunted Joseph Windred. It saw him wrongly convicted on two continents and almost cost him his life. But every time fate knocked him down, Joe got up, and came back stronger. His fighting spirit would make him a hero, and see him strike it rich. Little did the people of Orange NSW know when they twice elected Joseph Windred their mayor that this upstanding Windsor-born businessman, colonial hero and founder of their local jockey club had, in chains, helped build the San Quentin Penitentiary in San Francisco during the California gold rush, only to make a thrilling escape back to Australia. And that, technically, Joe was still a fugitive from American justice. There was a lot about Joe people didn't know.In an amazing life, Joe also overcame physical disability to become a champion boxer, chased down a bushranger on his racehorse, saved the lives of children on a runaway dray, almost drowned trying to save a woman in a flooded creek, and struck gold near Bathurst.Joe Windred's courage in the face of repeated, extraordinary and life-changing adversity marks him as one of the most inspiring figures in the history of ordinary Australians. 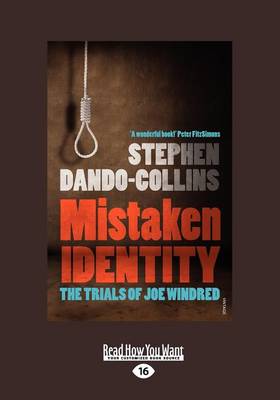 » Have you read this book? We'd like to know what you think about it - write a review about Mistaken Identity book by Stephen Dando-Collins and you'll earn 50c in Boomerang Bucks loyalty dollars (you must be a Boomerang Books Account Holder - it's free to sign up and there are great benefits!)

Stephen Dando-Collins is the author of the acclaimed CAPTAIN BLIGH'S OTHER MUTINY and a successful series of popular histories about the legions of ancient Rome published in the US, UK, and Australia: CAESAR'S LEGION, NERO'S KILLING MACHINE , CLEOPATRA'S KIDNAPPERS, MARK ANTONY'S HEROES. His historical novel THE INQUEST, was published in the US, Canada, Spain and Italy. PASTEUR'S GAMBIT was shortlisted for the science prize in the Victorian Premier's Literary Awards and won the Queensland Premier's Science Award.