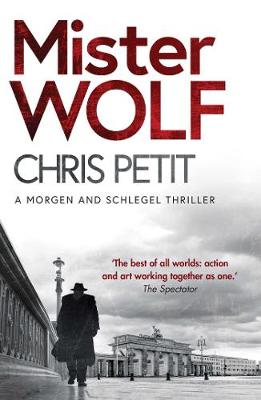 The new novel from the author of the highly acclaimed The Butchers of Berlin, soon to be a TV series
Berlin, July 1944, a world of illicit jazz clubs, sexually generous young women, suspect art dealers, last-ditch zealots and a city defined by crumbling infrastructure, advanced terror, dirty secrets and deep politics - and then there is August Schlegel, caught askance in a web of totalitarian mayhem.

Everybody knows what happened on 20 July: Fuhrer Adolf Hitler miraculously survived an assassination attempt when a bomb failed to kill him. Schlegel, a reluctant employee of the Gestapo, finds himself in the foolhardy position of questioning the official version, knowing it is the last thing he should be thinking. Was it a propaganda stunt, or a deception or was something more extreme going on, perhaps a cover-up connected to the mysterious burning down of a Berlin clinic? A deadly political dance takes Schlegel all the way up to Party Secretary Martin Bormann, the Chancellory's sinister 'black pope'.

Information is controlled, informers are everywhere, secrecy remains the cornerstone of the regime, yet someone appears interested in digging up a carefully buried scandal in the Fuhrer's past private life, an incestuous affair with his young niece that ended mysteriously in 1931. Rumours circulate of a 'Hitler confession'.

Trapped in a kingdom of lies, Schlegel discovers the blighted present and a censored past are connected in ways he could never have imagined. The niece's tragic end is intimately bound up with the fate of his long-lost father, whom Schlegel had always believed absconded to Argentina and died there, until he finds a private 1925 edition of Mein Kampf, dedicated to 'Anton Schlegel', signed, 'In eternal gratitude, Adolf Hitler.'

The identity of Schlegel's father - and whether he is still alive and operating as a secret puppet master - becomes inseparable from the enigma of a shapeshifting Fuhrer, going back to the early days when he was known to Anton Schlegel as Herr Wolf.

Questioning the official version of events, Chris Petit offers a dazzling reinterpretation of history, showing how the deeper secret truths invariably turn out to be personal.
Praise for Chris Petit:

'The real skill of this rigorous, disturbing novel lies in the way Petit steadily and unsensationally allows his protagonists to discover the full horror of the hellhole they are in' Guardian

'One of Britain's most visionary writers' David Peace

'Hugely impressive and highly readable; in the tradition of Thomas Harris's The Silence of the Lambs' Financial Times

'Ferocious invention marks this novel out as special' The Edge

'An example of the genre near its best. Gorky Park with something to spare; well worth anyone's weekend' Guardian for The Psalm Killer 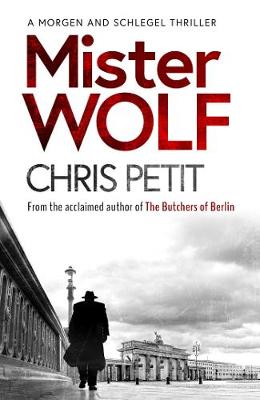 » Have you read this book? We'd like to know what you think about it - write a review about Mister Wolf book by Chris Petit and you'll earn 50c in Boomerang Bucks loyalty dollars (you must be a Boomerang Books Account Holder - it's free to sign up and there are great benefits!)

A Preview for this title is currently not available.
More Books By Chris Petit
View All