Moab Is My Washpot

Description - Moab Is My Washpot by Stephen Fry

The original bestselling autobiography by the comedian, novelist and national treasure, Stephen Fry.

Few people serve time in prison before studying at Cambridge. You might be surprised to know that Stephen Fry is one of them.

It's the story of a boy sent to a boarding school 200 miles from home at the age of seven, who survives beatings, misery, love, ecstasy, carnal violation, expulsion, imprisonment, criminal conviction, probation and catastrophe to emerge, at eighteen, ready to try and face the world in which he had always felt a stranger.

Fry writes with the wit and warmth which have become his hallmark, but with shocking candour too. For anyone seeking to understand one of Britain's greatest cultural treasures, this book is utterly essential reading.

Other Editions - Moab Is My Washpot by Stephen Fry 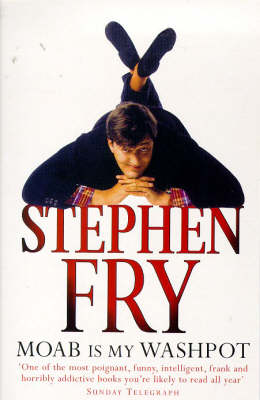 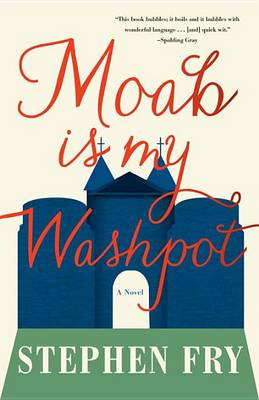 Book Reviews - Moab Is My Washpot by Stephen Fry

» Have you read this book? We'd like to know what you think about it - write a review about Moab Is My Washpot book by Stephen Fry and you'll earn 50c in Boomerang Bucks loyalty dollars (you must be a Boomerang Books Account Holder - it's free to sign up and there are great benefits!)

This is a hilarious, raw, utterly candid autobiography that tells the story of UK National Treasure Stephen Fry's adolescence. Fry let's it all hang out in this account of his youth. From his sugar addiction, petty (and not so petty) theft to his first love, Fry is an open book. He's also a wonderful writer, handling comedy and pathos with an ease rarely seen these days. Many of his turns of phrase invite comparisons to P.G. Wodehouse and it's interesting to learn that Fry was an avid collector of Jeeves novels. It's an easy read, though certainly not an insubstantial one.