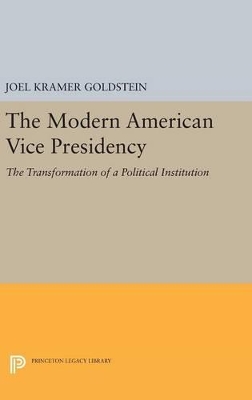 The Transformation of a Political Institution

Dealing with the vice presidency since 1953, this book recommends Walter Mondale's vice presidency as a model for future occupants of the office. The author considers the selection, campaign roles, and electoral impact of vice-presidential candidates. Originally published in 1982. The Princeton Legacy Library uses the latest print-on-demand technology to again make available previously out-of-print books from the distinguished backlist of Princeton University Press. These editions preserve the original texts of these important books while presenting them in durable paperback and hardcover editions. The goal of the Princeton Legacy Library is to vastly increase access to the rich scholarly heritage found in the thousands of books published by Princeton University Press since its founding in 1905. 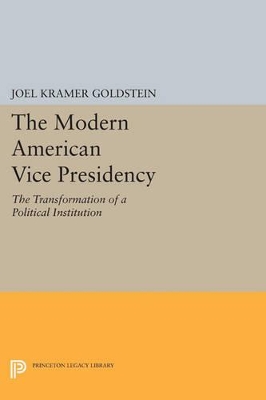 » Have you read this book? We'd like to know what you think about it - write a review about Modern American Vice Presidency book by Joel Kramer Goldstein and you'll earn 50c in Boomerang Bucks loyalty dollars (you must be a Boomerang Books Account Holder - it's free to sign up and there are great benefits!)