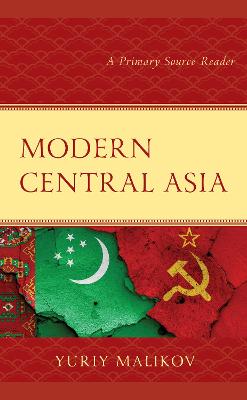 Modern Central Asia: A Primary Source Reader is an academic resource that discusses the basic political, social, and economic evolution of Central Asian civilization in its colonial (1731-1991) and post-colonial (1991-present) periods. Among other aspects of Central Asian history, this source reader discusses resistance and accommodation of native societies to the policies of the imperial center, the transformation of Central Asian societies under Tsarist and Soviet rule, and the history of Islam in Central Asia and its role in nation and state-building processes. This primary source book will be instrumental for familiarizing students with the nationality policies of imperial Russian, Soviet, and post-Soviet governments as well as the effects produced by these policies on the natives of the region. The documents collected in this reader challenge the traditional approach, which has viewed Central Asians as passive recipients of the policies imposed on them by central authorities. Modern Central Asia: A Primary Source Reader demonstrates the active participation of the indigenous peoples in contact with other peoples by examining the natives' ways of organizing societies, their pre-colonial experience of contact with outsiders, and the structure of their subsistence systems. The source book will also help students situate the major events and activities of Central Asia in a global context. In addition to the value of this collection to the Central Asian historical record, many of the included texts will be essential for comparative analyses and cross-disciplinary approaches in the study of world history. 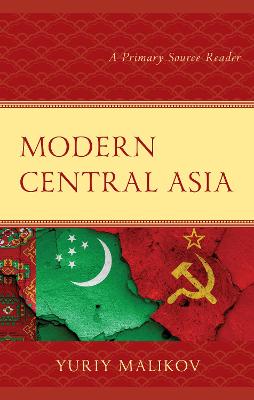 » Have you read this book? We'd like to know what you think about it - write a review about Modern Central Asia: A Primary Source Reader book by Yuriy Malikov and you'll earn 50c in Boomerang Bucks loyalty dollars (you must be a Boomerang Books Account Holder - it's free to sign up and there are great benefits!)


A Preview for this title is currently not available.
More Books By Yuriy Malikov
View All