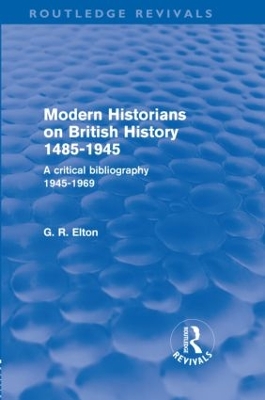 The Twenty-five year period following the Second World War saw an enormous expansion of activity in the writing of the history of modern Britain, and with that expansion a major transformation of the state of knowledge in many parts of the area. First published in 1970, this Revivals reissue, which includes an extensive coverage of books and a reasonable selection of articles, endeavours both to survey the work done and to reduce it to some comprehensible order. It indicates achievements and probable lines of development, and collects the materials that have grown around the main controversies. Omitted are local history (in the main) and the history of empire and commonwealth, except where the latter really arises out of the affairs of the mother country. There are special sections on social history, the history of ideas, Scotland and Ireland.

Other Editions - Modern Historians on British History 1485-1945 by G.R. Elton 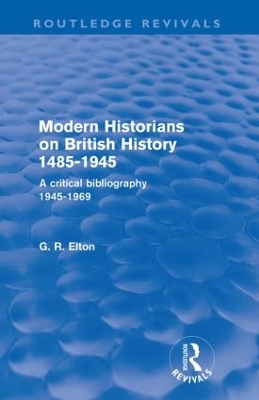 » Have you read this book? We'd like to know what you think about it - write a review about Modern Historians on British History 1485-1945 book by G.R. Elton and you'll earn 50c in Boomerang Bucks loyalty dollars (you must be a Boomerang Books Account Holder - it's free to sign up and there are great benefits!)

A Preview for this title is currently not available.
More Books By G.R. Elton
View All