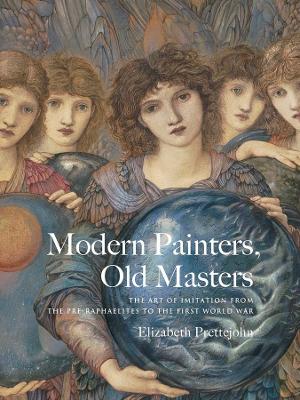 With the rise of museums in the 19th century, including the formation in 1824 of the National Gallery in London, as well as the proliferation of widely available published reproductions, the art of the past became visible and accessible in Victorian England as never before. Inspired by the work of Sandro Botticelli, Jan van Eyck, Diego Velazquez, and others, British artists elevated contemporary art to new heights through a creative process that emphasized imitation and emulation. Elizabeth Prettejohn analyzes the ways in which the Old Masters were interpreted by critics, curators, and scholars, and argues that Victorian artists were, paradoxically, at their most original when they imitated the Old Masters most faithfully. Covering the arc of Victorian art from the Pre-Raphaelites through to the early modernists, this volume traces the ways in which artists such as Dante Gabriel Rossetti, Edward Burne-Jones, and William Orpen engaged with the art of the past and produced some of the greatest art of the later 19th century.
]]>

» Have you read this book? We'd like to know what you think about it - write a review about Modern Painters, Old Masters book by Elizabeth Prettejohn and you'll earn 50c in Boomerang Bucks loyalty dollars (you must be a Boomerang Books Account Holder - it's free to sign up and there are great benefits!)

Elizabeth Prettejohn is professor of history of art at the University of York.

A Preview for this title is currently not available.
More Books By Elizabeth Prettejohn
View All