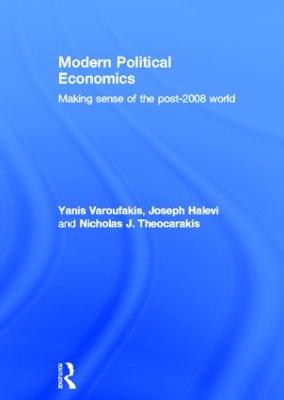 Once in a while the world astonishes itself. Anxious incredulity replaces intellectual torpor and a puzzled public strains its antennae in every possible direction, desperately seeking explanations for the causes and nature of what just hit it. 2008 was such a moment. Not only did the financial system collapse, and send the real economy into a tailspin, but it also revealed the great gulf separating economics from a very real capitalism. Modern Political Economics has a single aim: To help readers make sense of how 2008 came about and what the post-2008 world has in store.

The book is divided into two parts. The first part delves into every major economic theory, from Aristotle to the present, with a determination to discover clues of what went wrong in 2008. The main finding is that all economic theory is inherently flawed. Any system of ideas whose purpose is to describe capitalism in mathematical or engineering terms leads to inevitable logical inconsistency; an inherent error that stands between us and a decent grasp of capitalist reality. The only scientific truth about capitalism is its radical indeterminacy, a condition which makes it impossible to use science's tools (e.g. calculus and statistics) to second-guess it. The second part casts an attentive eye on the post-war era; on the breeding ground of the Crash of 2008. It distinguishes between two major post-war phases: The Global Plan (1947-1971) and the Global Minotaur (1971-2008).

This dynamic new book delves into every major economic theory and maps out meticulously the trajectory that global capitalism followed from post-war almost centrally planned stability, to designed disintegration in the 1970s, to an intentional magnification of unsustainable imbalances in the 1980s and, finally, to the most spectacular privatisation of money in the 1990s and beyond. Modern Political Economics is essential reading for Economics students and anyone seeking a better understanding of the 2008 economic crash. 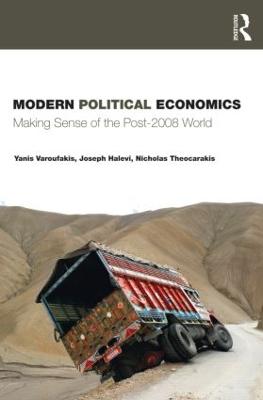 » Have you read this book? We'd like to know what you think about it - write a review about Modern Political Economics book by Yanis Varoufakis and you'll earn 50c in Boomerang Bucks loyalty dollars (you must be a Boomerang Books Account Holder - it's free to sign up and there are great benefits!)