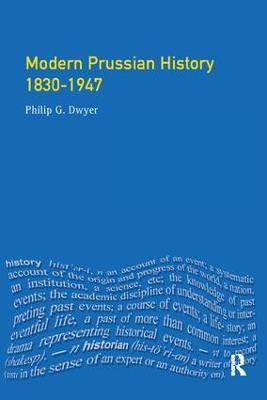 The rise of Prussia and subsequent unification of Germany under Prussia was one of the most important events in modern European history.However, the fact that this unification was brought about as a result of the Prussian military has led to many misconceptions about the nature of Prussia, and consequently of Germany, which persist to this day. This collection sets out to correct them. Beginning in 1830, and finishing with the official dissolution of Prussia by the Allies in 1947, the book takes a broad approach: chapters cover the conservatives and the monarchy, industrialisation, the transformation of the rural and urban environment, the labour movement, the tensions between Catholics and Protestants within the state, and the debate about the links between Prussian militarism and the final tragedy of Nazi Germany. By focusing on the social, religious and political tensions that helped define the course of Prussian history, the book also throws light on the development of modern German history. 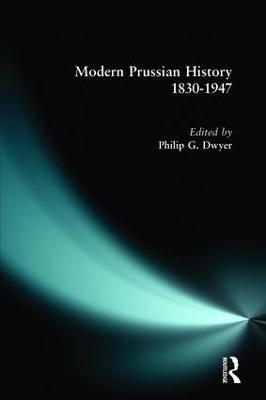 » Have you read this book? We'd like to know what you think about it - write a review about Modern Prussian History: 1830-1947 book by Philip G. Dwyer and you'll earn 50c in Boomerang Bucks loyalty dollars (you must be a Boomerang Books Account Holder - it's free to sign up and there are great benefits!)


A Preview for this title is currently not available.
More Books By Philip G. Dwyer
View All