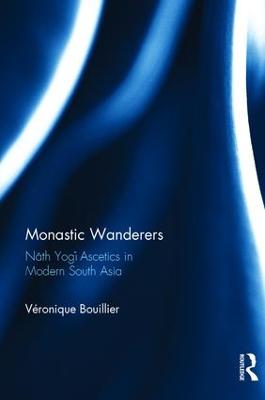 How have the premodern Shaiva ascetic sect of the Nath Yogis (known also as the Yogis with splitted ears) succeeded in maintaining its presence and importance until today? This book intends to give a general survey of this sampradaya which is said to have been founded by the Siddha Gorakhnath, known for his strong link to Hatha Yoga. However, rather than to Yoga, the history and expansion of the Nath sect are linked to its rich legendary corpus. Dealing first with the marks of belonging (such as the huge earrings worn by the fully initiated Yogis) which give the sect its unity, the book then focuses on its organization and explores the dialectics between the wandering Yogis and the monastic settlements.

The Nath monasteries belong to two categories: the pancayati maths, collectively owned and managed by the sectarian authorities, which ensure the permanency of the sect, and the niji maths, owned on a personal basis and transmitted from guru to disciple, which permits innovative initiatives

The book gives a detailed account of two pancayati monasteries, the Kadri Math of Mangalore where its head's enthronement is spectacularly performed every twelve years, and the Caughera Math of Dang Valley in Nepal, the royal foundation of which gives a glimpse of the complex relationships that can exist between monasteries and kingdoms. It then focuses on three niji maths: Amritashram in Fatehpur (Rajasthan), Ashtal Bohar in Rohtak (Haryana) and the Gorakhpur mandir (UP). Each of them shows a different mode of adaptation to a modern context and attests of the present importance and continuity of this pluri-secular tradition of asceticism.

» Have you read this book? We'd like to know what you think about it - write a review about Monastic Wanderers book by Veronique Bouillier and you'll earn 50c in Boomerang Bucks loyalty dollars (you must be a Boomerang Books Account Holder - it's free to sign up and there are great benefits!)

Veronique Bouillier is a social anthropologist at the CNRS (Paris). Looking first at the social organization and history of Shaivite ascetic castes in Nepal, she turned to the study of monastic structures, as implemented by the Nath Yogi sect in Nepal and in India, and devoted two books as well as several articles both in French and English to the interface between asceticism and society.