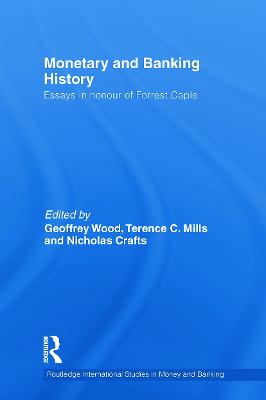 Essays in Honour of Forrest Capie

Forrest Capie is an eminent economic historian who has published extensively on a wide range of topics, with an emphasis on banking and monetary history, particularly in the nineteenth and twentieth centuries, but also in other areas such as tariffs and the interwar economy. He is also a former editor of the Economic History Review, one of the leading academic journals in this discipline.

This book comprises a collection of papers by eminent scholars in the fields of historiography, banking, monetary economics both domestic and international, and tariff theory and policy, all areas to which Forrest Capie, in whose honour this book was produced, has made major contributions. Under the editorship of Geoffrey Wood, Terence Mills and Nicholas Crafts, this book brings together a stellar line of contributors - including Charles Goodhart, Harold James, Michael Bordo, Barry Eichengreen and Charles Calomiris. The book analyses many of the mainstream themes in economic and financial history - monetary policy, international financial regulation, economic performance, exchange rate systems, international trade, banking and financial markets - where historical perspectives are considered important. The current wave of globalisation has stimulated interest in many of these areas as 'lessons of history' are sought. These themes also reflect the breadth of Capie's work in terms of time periods and topics.

This expertly written book contain original scholarly work, often with new empirical results, and will be of interest to Economics postgraduates and researchers, particularly those focussing on monetary economics, banking and economic history, as well as to Central Bankers and trade negotiators.

Other Editions - Monetary and Banking History by Geoffrey E. Wood 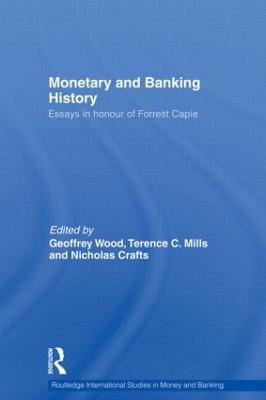 » Have you read this book? We'd like to know what you think about it - write a review about Monetary and Banking History book by Geoffrey E. Wood and you'll earn 50c in Boomerang Bucks loyalty dollars (you must be a Boomerang Books Account Holder - it's free to sign up and there are great benefits!)

A Preview for this title is currently not available.
More Books By Geoffrey E. Wood
View All