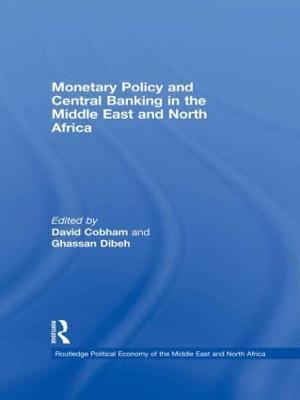 This book examines monetary policy, central banking and exchange rate regimes in the Middle East and North Africa. Part I covers central banking and monetary policy, while Part II covers monetary policy and exchange rate regimes. Some chapters focus on the monetary frameworks of particular countries, including Lebanon, Algeria, Syria, Tunisia, Morocco, and Turkey, outlining the different systems operated in each case, considering their successes and failures, and discussing important issues such as government policy, macroeconomic performance, inflation and inflation targeting, central bank independence and the impact of broader political economic developments on the conduct of monetary policy. Other chapters cover thematic issues across the whole region, including: central bank independence, operations of debtor central banks, the effect of exchange rates on inflation, and the effect on countries' trade of alternative exchange rate regimes. Drawing on the insights of scholars and policy-makers, this book is a vital resource for anyone wanting to understand the economies of the Middle East and North Africa. 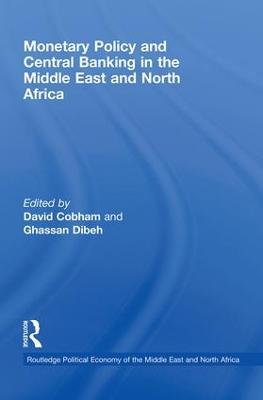 » Have you read this book? We'd like to know what you think about it - write a review about Monetary Policy and Central Banking in the Middle East and North Africa book by David Cobham and you'll earn 50c in Boomerang Bucks loyalty dollars (you must be a Boomerang Books Account Holder - it's free to sign up and there are great benefits!)

David Cobham is professor of economics at Heriot-Watt University in Edinburgh, UK. His main research area is monetary policy, particularly the UK, but he also has an interest in Middle East economies. He has published papers in Economic Journal, Oxford Bulletin of Economics and Statistics, World Development, International Finance, and other journals. Ghassan Dibeh is currently associate professor of economics at the Lebanese American University in Byblos. He is the editor of Review of Middle East Economics and Finance. His research interests include macroeconomics, political economy, financial economics and econophysics. His papers have appeared in Physica A, Review of Political Economy, Energy Economics, Journal of International Development and Middle Eastern Studies.

Monetary Policy and Central Banking in the Middle East and North Africa
$77.21 $77.99