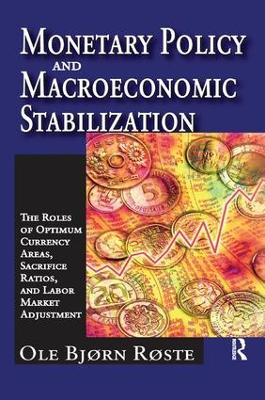 As a fundamental review and critique of activist economic policies, this book is a unique contribution to classical political economy. "Monetary Policy and Macroeconomic Stabilization" is about macroeconomic stabilization policy, with emphasis on the value of a distinct national monetary policy to growth. Ole Bjorn Roste's argument is for public officials to restrain themselves in the pursuit of policy. As the author notes: when you know less, you should do less.The history of modern macroeconomics started in 1936 with the publication of Keynes' "General Theory of Employment, Interest, and Money". The problems of the Great depression of the 1930s paved the way for a change of focus, from the long run to economic fluctuations in the short run, and from nominal to real variables, such as unemployment and aggregate output.Keynes offered clear policy implications in tune with the times. Because economic adjustment was slow, waiting for the economy to recover by itself was irresponsible. Particularly fiscal policy was essential to return to high employment. Monetary policy could affect aggregate demand through Interest rates, but was less important. Roste discusses the role of monetary policy, starting out with the implications of the theory of optimum currency areas (OCAs). This is followed by estimates of the output loss associated with disinflation policy (the sacrifice ratio) for six OECD economies. Further, Roste models the dynamic adjustment to negative, local labor-market shocks, with particular relevance to Scandinavia, in a final section.The idea that governments should pursue stabilizing fiscal or monetary policies with regard to real variables is often taken for granted by the public, if not by economists. Among the reasons for skepticism, is the presence of differing views on how economies really work, that the state of a given economy becomes known only after a time lag, and that economic agents react to policy and expectations of policy. For these reasons, the effects of policy are generally uncertain. This book explains why the role of history is critical to the study of macroeconomics.p>

Other Editions - Monetary Policy and Macroeconomic Stabilization by Ole Roste 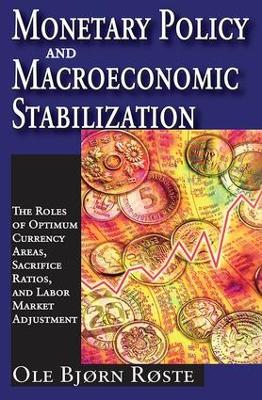 » Have you read this book? We'd like to know what you think about it - write a review about Monetary Policy and Macroeconomic Stabilization book by Ole Roste and you'll earn 50c in Boomerang Bucks loyalty dollars (you must be a Boomerang Books Account Holder - it's free to sign up and there are great benefits!)


A Preview for this title is currently not available.
More Books By Ole Roste
View All