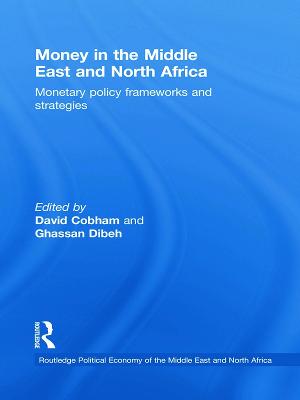 Money in the Middle East and North Africa

Monetary policy in the Middle East and North African (MENA) countries remains an understudied area; this book fills an important gap by examining monetary policy frameworks and monetary policy strategies in the region. Building on the editors' earlier book, Monetary Policy and Central Banking in the Middle East and North Africa, which focused on central bank independence issues and on exchange rate regimes, this book emphasises monetary policy strategies. Part I contains an overview of the financial markets and institutions which condition the choice of monetary policy strategy in the countries of the region, followed by single-country studies on aspects of the monetary policy frameworks of Lebanon, Egypt, Jordan, the Palestinian Territory and Turkey. Part II includes analyses of the prospects for inflation targeting in Egypt, Morocco and Tunisia, of the monetary transmission mechanism in the Gulf Cooperation Council countries, of the relative advantages of inflation targeting and exchange rate fixity with reference to Egypt, of the problem of fiscal dominance in Egypt, and of the inflationary implications of exchange rate fixity for Saudi Arabia and Kuwait. The contributors are experts from universities inside and outside the MENA region, from central banks in the region and from outside institutions such as the European Central Bank and the International Monetary Fund. 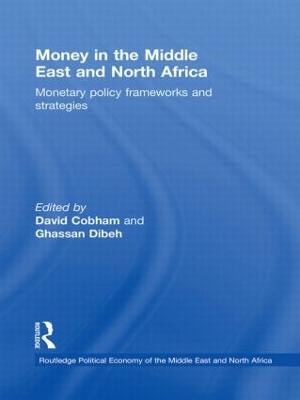 » Have you read this book? We'd like to know what you think about it - write a review about Money in the Middle East and North Africa book by David Cobham and you'll earn 50c in Boomerang Bucks loyalty dollars (you must be a Boomerang Books Account Holder - it's free to sign up and there are great benefits!)

David Cobham is Professor of Economics at Heriot-Watt University, UK. His publications include (as co-editor with Ghassan Dibeh) Monetary Policy and Central Banking in the Middle East and North Africa (also published by Routledge), which complements this book. Ghassan Dibeh is Professor of Economics at the Lebanese American University in Byblos, Lebanon. He is the editor of the journal Review of Middle East Economics and Finance.