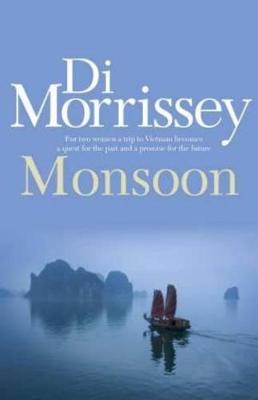 Monsoon is a journey into the hearts and memories of those caught in a certain time in a particular place from Australia's favourite storyteller with new novel Before the Storm out now.

Sandy Donaldson has been working for a volunteer organisation in Vietnam for the past four years. As her contract nears its end, she is reluctant to leave so she invites her oldest friend, Anna, to come for a holiday and discover its beautiful tourist destinations.

Both girls have unexplored links to this country. Sandy's father is a Vietnam vet and Anna's mother was a Vietnamese boat person.

During their travels, they meet Tom, an old Australian journalist who covered the war and plans to report on the 40th anniversary of the Battle of Long Tan. It is Tom who tries to persuade Sandy's father to return to Long Tan and settle the ghosts that have haunted him for 40 years, and suggests that Anna should delve into her mother's past.

But the girls are reluctant, swept up in their own concerns, relationships, and a business deal that has the potential to go horribly wrong. However, it is the near-blind Buddhist nun living alone in the pagoda atop one of the karsts in Halong Bay who might hold the key.

Other Editions - Monsoon by Di Morrissey 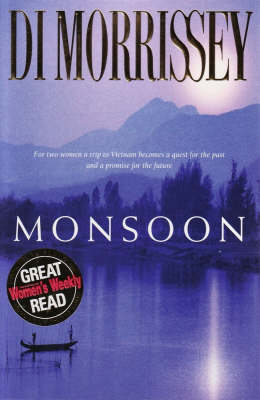 » Have you read this book? We'd like to know what you think about it - write a review about Monsoon book by Di Morrissey and you'll earn 50c in Boomerang Bucks loyalty dollars (you must be a Boomerang Books Account Holder - it's free to sign up and there are great benefits!)

Di Morrissey is Australia's most popular female novelist. Her most recently published novel, The Valley, went straight to the top of the national bestseller list. Her other novels are The Reef, Barra Creek, Kimberley Sun, The Bay, Blaze, Scatter the Stars, The Songmaster, When the Singing Stops, Tears of the Moon, The Last Mile Home, Follow the Morning Star, The Last Rose of Summer and Heart of the Dreaming. Di divides her time between Byron Bay and the Manning Valley in NSW.