Based on interviews with a young woman forced to flee Iran because of her sexual orientation, Moon at Nine is a tense and riveting novel that shines a light on an issue of social injustice that continues to this day. Fifteen-year-old Farrin has grown up with secrets: ten years after the overthrow of the Shah, her aristocratic mother is still working against Iran's conservative revolutionary government. But when Farrin befriends Sadira, the intriguing and outgoing new student at her school for gifted girls, her own new secret is even more dangerous. Because the girls discover their relationship is more than just a friendship-and in Iran, being gay is punishable by death.

Other Editions - Moon at Nine by Deborah Ellis 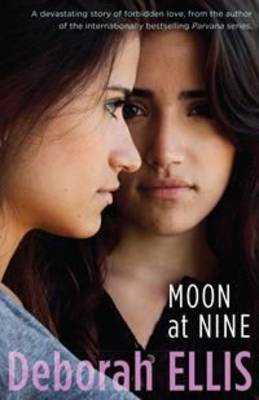 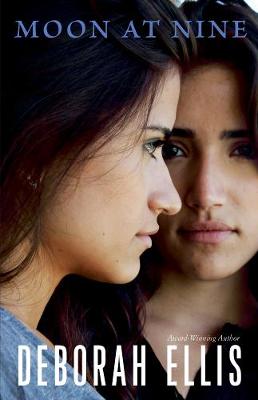 » Have you read this book? We'd like to know what you think about it - write a review about Moon at Nine book by Deborah Ellis and you'll earn 50c in Boomerang Bucks loyalty dollars (you must be a Boomerang Books Account Holder - it's free to sign up and there are great benefits!)

Known around the world for her Breadwinner series, author and humanitarian Deborah Ellis has written nearly thirty books for children and young people, most of which explore themes of courage and social justice. Deborah's many awards include the Governor General's Award, the Ruth Schwartz Award, the Vicky Metcalf Award, the American Library Association's Notable List, and the Jane Addams Children's Book Award. Deborah lives in Simcoe, Ontario.

A Preview for this title is currently not available.
More Books By Deborah Ellis
View All