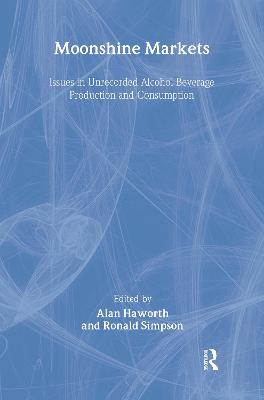 Moonshine Markets, the sixth book in the ICAP Series on Alcohol in Society, explores consumption patterns of a type of alcohol that is generally, but not exclusively, illegal in most of the countries where it is consumed. Though the topic has been touched upon in other books within the series and discussed in recent forums, this book is the first cross-national study of 'local alcohol' (unrecoded, illicit, non-commercial or moonshine - however, one chooses to refer to it). Central to this book are reports on patterns of consumption of non-branded alcohol in seven countries - Brazil, India, Mexico, Russia, Tanzania, and Zambia - including discussions of the implications of these findings. Using local consultants, investigators conducted their study of up to 100 families in each country, from the rural and urban areas, using a common methodology and standardized diary system. The sampling of families were interviewed on their drinking habits over a thirty-day period with attention being given to their religious, educational and socio-economic status. The second portion of the book examines the common themes emerging form the collected data.
Finally, experts in the fields of toxicology, economics, and anthropology as well as representatives of the beverage industry will give commentary. Dr. Alan Haworth is Prtofessor of Psychiatry at the University of Zambia. He is President of the Zambia Medical Association, immediate past President of the Zambian REd Cross Society and Chairm 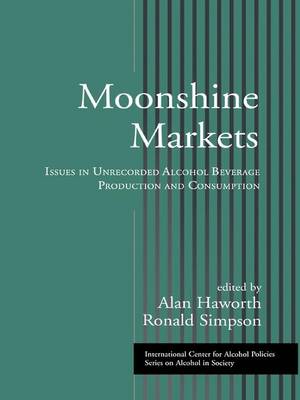 » Have you read this book? We'd like to know what you think about it - write a review about Moonshine Markets book by Alan Haworth and you'll earn 50c in Boomerang Bucks loyalty dollars (you must be a Boomerang Books Account Holder - it's free to sign up and there are great benefits!)

Dr. Alan Haworth is Professor of Psychiatry at the University of Zambia. He is President of the Zambia Medical Association, immediate past President of the Zambian Red Cross Society and Chairman of the Family Health Trust, a large AIDS NGO. He has been elected an Honorary Fellow of the Royal College of Psychiatrists. Ronald Simpson, Ph.D., is a consultant to ICAP. During the past 25 years he worked in senior management positions in the food and beverage industry. Prior to retirement Dr. Simpson was Vice President of Corporate Scientific Affairs at Joseph E. Seagram and Sons for 10 years.

A Preview for this title is currently not available.
More Books By Alan Haworth
View All