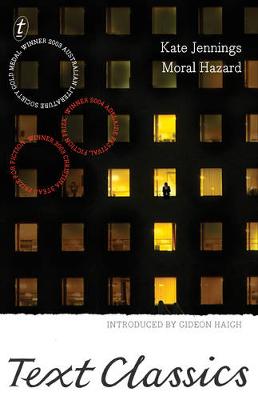 Introduced by Gideon Haigh I disapproved of bankers, on principle. Not that I knew any. Until this job, I had worked and made friends with people who shared my views. Mostly moral, mostly kind. An unlikely candidate, then, for the job of executive speechwriter, to be putting words in the mouths of plutocrats deeply suspicious of metaphors and words of more than two syllables. An unlikely candidate, too, to be working for a firm...whose ethic was borrowed in equal parts from the Marines, the CIA, and Las Vegas. A firm where women were about as welcome as fleas in a sleeping bag. Wall Street in the mid-1990s- the recession is over and finance companies are gearing up for the next boom. Cath - wisecracking Australian-born 'bedrock feminist, unreconstructed left-winger' - has given up freelance writing for corporate life at one of the big investment banks. Her husband, Bailey, has Alzheimer's, and they need serious money. For seven years Cath lives in two worlds, both of them mad. By day she grapples with the twisted logic and outsized egos of high finance. By night she witnesses the inexorable decline of the man she loves as, ravaged by disease, he is 'reduced to a nub'. Wise, unsentimental and darkly funny, Kate Jennings' Moral Hazard a crisp accounting of looming meltdowns - financial and personal.

» Have you read this book? We'd like to know what you think about it - write a review about Moral Hazard: Text Classics book by Kate Jennings and you'll earn 50c in Boomerang Bucks loyalty dollars (you must be a Boomerang Books Account Holder - it's free to sign up and there are great benefits!)

Kate Jennings is a poet, essayist, short-story writer and novelist. Both her novels, Snake and Moral Hazard, were New York Times Notable Books of the Year. She has won the ALS Gold Medal, the Christina Stead Prize for Fiction and the Adelaide Festival fiction prize. Born in rural New South Wales, she has lived in New York since 1979.

A Preview for this title is currently not available.
More Books By Kate Jennings
View All