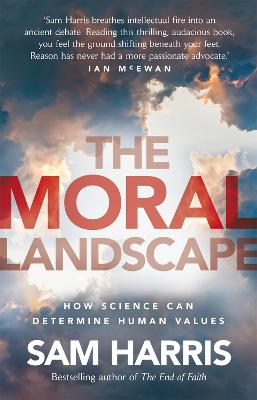 An explosive new book that calls for an end to religion's monopoly on morality.

Sam Harris has discovered that most people, from secular scientists to religious fundamentalists, agree on one point- science has nothing to say on the subject of human values. Indeed, science's failure to address questions of meaning and morality has become the primary justification for religious faith.The underlying claim is that while science is the best authority on the workings of the physical universe, religion is the best authority on meaning, values, morality, and leading a good life. Sam Harris shows us that this is not only untrue; it cannot possibly be true. Bringing a fresh, secular perspective to age-old questions of right and wrong, and good and evil, Harris shows that we know enough about the human brain and how it reacts to events in the world to say that there are right and wrong answers to the most pressing questions of human life. Because such answers exist, moral relativism is simply false - and comes at increasing cost to humanity. Using his expertise in philosophy and neuroscience, along with his experience on the front lines of the cultural war between science and religion, in The Moral Landscape Harris delivers an explosive argument about the future of science, and about the real basis of human relationships.

Other Editions - The Moral Landscape by Sam Harris 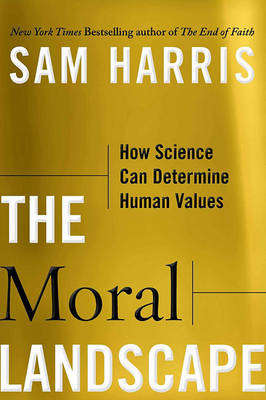 » Have you read this book? We'd like to know what you think about it - write a review about Moral Landscape book by Sam Harris and you'll earn 50c in Boomerang Bucks loyalty dollars (you must be a Boomerang Books Account Holder - it's free to sign up and there are great benefits!)

Sam Harris is a neuroscientist and the author of the New York Times bestsellers The End of Faith and Letter to a Christian Nation. His writing has appeared in Newsweek, The New York Times, The Los Angeles Times, The Times, Nature and in many other journals. He holds a degree in philosophy from Stanford University and a Ph.D. in neuroscience from UCLA. He is a co-founder of Project Reason. ww.samharris.org

Making Sense: Conversations on Consciousness, Morality and the Future of Humanity
$34.39 $42.99

The Four Horsemen: The Discussion that Sparked an Atheist Revolution Foreword by Stephen Fry
$19.99 $24.99