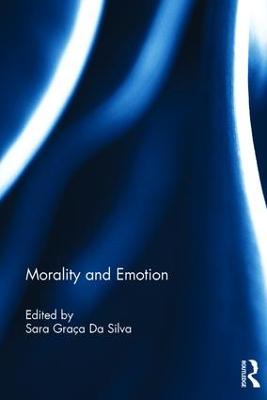 Despite the many attempts to disentangle the relationship between morality and emotion, as is clear from the myriad of approaches that try to understand the nature and importance of their connection, the extent of this synergy remains rather controversial.

The multidisciplinary framework of the present volume was specifically designed to challenge self-containing disciplinary views, encouraging a more integrative analysis that covers various methodological angles and theoretical perspectives. Contributions include discussions on the interrelation between moral philosophy, emotion and identity, namely the clash between grand ethical theories and the practicality of human life; philosophical considerations on akrasia or the so called weakness of will, and the factors behind it; anthropological reflections on empathy and prosocial behavior; accounts from artificial intelligence and evolutionary game theory; and literary and artistic dissections of emotional responses to the representational power of fiction and the image.

The inclusion of chapters from varied scientific backgrounds substantially enriches this debate and shows that several core questions, such as the ones related to identity and to the way we perceive the other and ourselves, are transversal. It is therefore valuable and pressing to further explore these common threads, and to encourage disciplinary dialogues across both traditional and emerging fields to help shed new light on the puzzling and fascinating ways in which morality and emotion are mutually imbricated.

Other Editions - Morality and Emotion by Sara Graca Da Silva » Have you read this book? We'd like to know what you think about it - write a review about Morality and Emotion book by Sara Graca Da Silva and you'll earn 50c in Boomerang Bucks loyalty dollars (you must be a Boomerang Books Account Holder - it's free to sign up and there are great benefits!)

Sara Graca da Silva received her PhD from Keele University in 2008 with the thesis Sexual Plots in Charles Darwin and George Eliot: Evolution and Manliness in Adam Bede and The Mill on the Floss. Her research interests include the intersections between literature and science, theories of sexuality and gender, Darwinism, morality and emotion, and the evolutionary study of folktales. Graca da Silva has contributed to the Victorian Literature Handbook, the Dictionary of Nineteenth Century Journalism, and Utopian Studies, amongst others.

A Preview for this title is currently not available.
More Books By Sara Graca Da Silva
View All