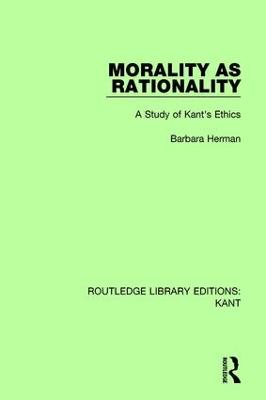 A Study of Kant's Ethics

First published in 1990. The aim of this thesis is to show that the way to understand the central claims of Kant's ethics is to accept the idea that morality is a distinctive form of rationality; that the moral "ought" belongs to a system of imperatives based in practical reason; and that moral judgment, therefore, is a species of rational assessment of agents' actions. It argues, in effect, that you cannot understand Kant's views about morality if you read him with Humean assumptions about rationality. This title will be of interest to students of philosophy.

Other Editions - Morality as Rationality by Barbara Herman 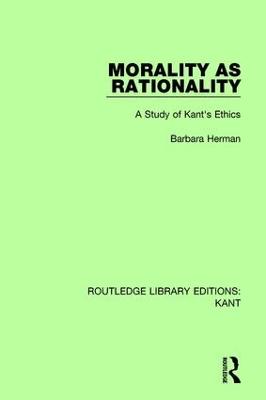 » Have you read this book? We'd like to know what you think about it - write a review about Morality as Rationality book by Barbara Herman and you'll earn 50c in Boomerang Bucks loyalty dollars (you must be a Boomerang Books Account Holder - it's free to sign up and there are great benefits!)


A Preview for this title is currently not available.
More Books By Barbara Herman
View All