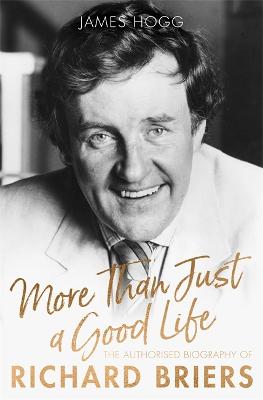 More Than Just A Good Life: The Authorised Biography of Richard Briers

Description - More Than Just A Good Life: The Authorised Biography of Richard Briers by James Hogg

The term 'national treasure' has seldom been more appropriate. Richard Briers was not only the nation's favourite next-door neighbour thanks to his work in the iconic BBC sitcom The Good Life, he was an actor you felt like you really knew, despite having only seen him on stage or screen.While his role as Tom Good might be considered the pinnacle of Richard's sixty-year career, it sits atop a mountain of roles that combined represent one of the most productive and varied careers in British entertainment history. Indeed, Richard's television work alone makes up a not insignificant portion of our country's best endeavours on the small screen, from Jackanory and the anarchic Roobarb and Custard through to Dr Who, Inspector Morse, Ever Decreasing Circles, Extras, and the long-running comedy drama, Monarch of the Glen. On the big screen Richard appeared alongside Raquel Welch, Robert De Niro, Denzel Washington, Kathy Bates and Michael Keaton, and he even taught Keanu Reeves how to act like Sir Henry Irving.But it was on the stage where Richard felt most at home as, in addition to testing him as an actor, it would often satisfy his passion for taking risks. Appearances in the West End were often interspersed with pantomime seasons or a world tour playing King Lear alongside Kenneth Branagh and Emma Thompson. He was, as he always described himself, 'just a jobbing actor'.Anecdote-rich, this revealing but celebratory book will also lift the lid on the stories behind the shows, films and plays that made up this extraordinarily prolific career, not to mention Richard's working and personal relationships with many of his best-known collaborators and co-stars.

Other Editions - More Than Just A Good Life: The Authorised Biography of Richard Briers by James Hogg 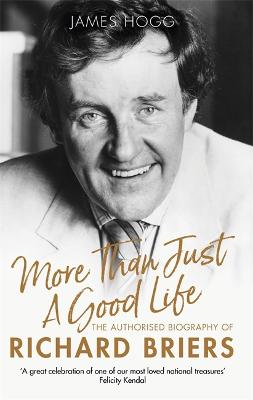 » Have you read this book? We'd like to know what you think about it - write a review about More Than Just A Good Life: The Authorised Biography of Richard Briers book by James Hogg and you'll earn 50c in Boomerang Bucks loyalty dollars (you must be a Boomerang Books Account Holder - it's free to sign up and there are great benefits!)


A Preview for this title is currently not available.
More Books By James Hogg
View All

The Jacobite Relics of Scotland: Being the Songs, Airs, and Legends, of the Adherents to the House of Stuart
$70.42 $78.25