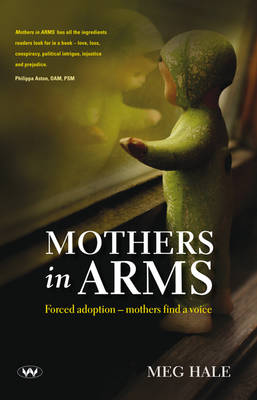 We know you have suffered enduring effects from these practices forced upon you by others. For the loss, the grief, the disempowerment, the stigmatisation and the guilt, we say sorry.

In March 2013, Prime Minister Julia Gillard made the National Apology to those who had endured decades of suffering. Figures were not recorded but an estimated 150,000 to 250,000 babies had been adopted in Australia in the 'best interests of the child', most in the 1950s to 1970s. Many were taken from single women unsupported by their families. The repercussions for mother and child have been immense.

Mothers in ARMS tells the inside story of the women who formed the Australian Relinquishing Mothers Society in South Australia. These mothers were determined to fight for their right to find the children taken from them through forced adoption by doctors, nurses, social workers and religious figures - often with the support of government agencies. They were told they had willingly abandoned their children and had no rights. But they would not be stopped. From an uncertain start in 1982, they gained strength and confidence. They educated the community and lobbied governments for information to discover if their children were still alive, and they fought fear and prejudice to have secret adoption records opened so they and their children could at last find one another.

Eventually these women were instrumental in changing the law. Because of ARMS, South Australia passed the first laws in the English-speaking world giving mothers the same rights as adopted people to apply for identifying information about one another.

We apologise to the sons and daughters who grew up not knowing how much you were wanted and loved.


Other Editions - Mothers in ARMS by Meg Hale 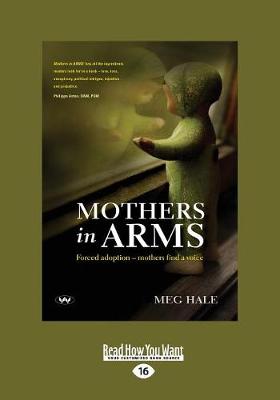 » Have you read this book? We'd like to know what you think about it - write a review about Mothers in ARMS book by Meg Hale and you'll earn 50c in Boomerang Bucks loyalty dollars (you must be a Boomerang Books Account Holder - it's free to sign up and there are great benefits!)


A Preview for this title is currently not available.
More Books By Meg Hale
View All

Mothers in ARMS: Forced adoption mothers find a voice
No Stock on Hand, Supplier Has No Due Date for Supply.
$44.99 $49.99