Movie Acting, the Film Reader explores one of the most central but often overlooked aspects of cinema: film acting. Combining classic and recent essays, it examines key issues such as: What constitutes film acting? How is film acting different from stage acting? How has film acting changed over time? What signifies realism in film acting? How is acting different in different genres? What is the role of the character actor? In addition to theoretical essays, contributors provide detailed analyses of specific actors such as Lillian Gish, Marlon Brando and Sidney Poitier. Styles of acting discussed include silent film pantomime, 1930's comedic acting, The Method and acting in avant-garde films. Articles are grouped into thematic sections, each with an introduction by the editor.
These include: *Ontology of the Film Actor - on the nature of film acting *The Creation of the Film Actor - on the early history and construction of film acting as a profession and an aesthetic *Style and Technique - case studies of acting styles in specific films and genres *Character and Type - on types, typecasting and character actors Siegfried Kracauer, Stanley Cavell, John O'Thompson, Charles Musser, Roberta Pearson, Ben Brewster, Lea Jacobs, Cynthia Baron, James Naremore, Henry Jenkins, Virginia Wright Wexman, Andrew Higson, Pam 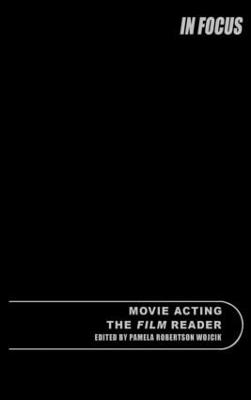 » Have you read this book? We'd like to know what you think about it - write a review about Movie Acting, the Film Reader book by Pamela Robertson Wojcik and you'll earn 50c in Boomerang Bucks loyalty dollars (you must be a Boomerang Books Account Holder - it's free to sign up and there are great benefits!)


A Preview for this title is currently not available.
More Books By Pamela Robertson Wojcik
View All