An engaging portrait of the surprisingly unconventional marriage between Benjamin and Mary Anne Disraeli from one of our best young non-fiction writers.

He was a debt-ridden dandy, a mid-ranking novelist armed with enormous political ambition.She was a moneyed widow twelve years older than her new husband, always overdressed for society dinners and never one to hold her tongue.From the outset, Mary Anne and Benjamin Disraeli made an unlikely match, yet they rose to the very pinnacle of Victorian society.Drawing on the couple's love letters and Mary Anne's own formidable archives, Daisy Hay reveals the heady mix of romance and power that fuelled their influence - and chronicles how the Disraelis crafted their unconventional marriage into an enduring love story.

Other Editions - Mr and Mrs Disraeli by Daisy Hay 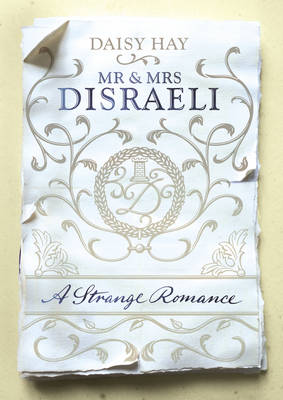 » Have you read this book? We'd like to know what you think about it - write a review about Mr and Mrs Disraeli book by Daisy Hay and you'll earn 50c in Boomerang Bucks loyalty dollars (you must be a Boomerang Books Account Holder - it's free to sign up and there are great benefits!)

Daisy Hay was born in Oxford in 1981. She is the author of Young Romantics- The Shelleys, Byron and Other Tangled Lives, for which she was awarded the Rose Mary Crawshay Prize by the British Academy and highly commended by the John Llewellyn Rhys Prize. She has a BA and a PhD in English Literature from the University of Cambridge and an MA in Romantic and Sentimental Literature from the University of York. In 2009-10 she was the Alistair Horne Fellow at St Antony's College, Oxford and in 2010-12 she held a visiting scholarship at Wolfson College, Oxford. In 2012-13 she was a Fellow at the Radcliffe Institute for Advanced Study, Harvard University. She is currently a Lecturer in English Literature and Archival Studies at the University of Exeter, and a BBC Radio 3 New Generation Thinker. She lives in Devon.

A Preview for this title is currently not available.
More Books By Daisy Hay
View All