Shirley Jackson meets Ottessa Moshfegh meets My Sister the Serial Killer in a brilliantly unsettling and darkly funny debut novel full of suspense and paranoia George March's latest novel is a smash hit. None could be prouder than Mrs. March, his dutiful wife, who revels in his accolades and relishes the lifestyle and status his success brings.

A creature of routine and decorum, Mrs. March lives an exquisitely controlled existence on the Upper East Side. Every morning begins the same way, with a visit to her favourite patisserie to buy a loaf of
olive bread, but her latest trip proves to be her last when she suffers an indignity from which she may never recover: an assumption by the shopkeeper that the protagonist in George March's new book -
a pathetic sex worker, more a figure of derision than desire - is based on Mrs. March.

One casual remark robs Mrs. March not only of her beloved olive bread but of the belief that she knew everything about her husband - and herself - sending her on an increasingly paranoid journey, one
that starts within the pages of a book but may very well uncover both a killer and the long-buried secrets of Mrs. March's past.

A razor-sharp exploration of the fragility of identity and the smothering weight of expectations, Mrs. March heralds the arrival of a wicked and wonderful new voice. 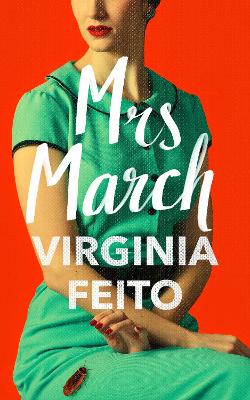 » Have you read this book? We'd like to know what you think about it - write a review about Mrs March book by Virginia Feito and you'll earn 50c in Boomerang Bucks loyalty dollars (you must be a Boomerang Books Account Holder - it's free to sign up and there are great benefits!)

A Preview for this title is currently not available.
More Books By Virginia Feito
View All