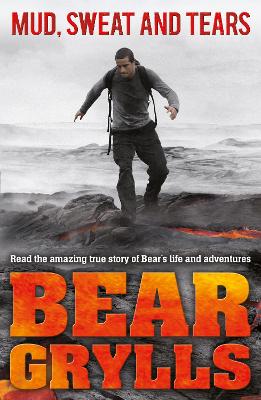 The extraordinary life story of the world's most intrepid young explorer in a new abridged edition for younger readers.

How did Bear Grylls become one of the world's toughest adventurers?

This is the thrilling story of everyone's favourite real-life action man - from secret childhood missions to climb the town's school buildings and steeples, to starring in his own global TV series and becoming Chief Scout to the Scouting Association.

Known and admired by millions, Bear Grylls has survived in dangerous environments few would dare to visit. Find out what it's like to take on mountaineering, martial arts, parachuting, life in the SAS - and all that nature can throw at you!

» Have you read this book? We'd like to know what you think about it - write a review about Mud, Sweat and Tears Junior Edition book by Bear Grylls and you'll earn 50c in Boomerang Bucks loyalty dollars (you must be a Boomerang Books Account Holder - it's free to sign up and there are great benefits!)