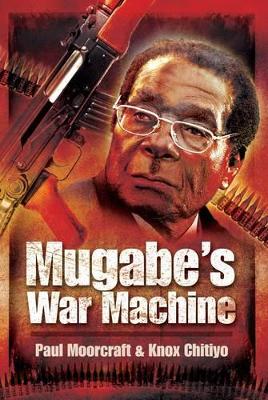 Mugabe's dictatorship had survived due to the vicious military oppression of the population and the ruthless suppression of opposition. At the same time Mugabe has indulged in numerous military interventions outside his borders regardless of the cost in terms of regional stability, lives and money. The authors examine the background to Mugabe's accession to power through the black nationalist insurgencies against white rule and the civil war between the black Zimbabweans (ZANLA, ZIPRA and militia groups.) Once Black power was established in 1980 Mugabe launched a brutal campaign in Matabeleland using his Central Intelligence Organization, police, army and the Special Forces 5th Brigade. At least 30,000 'insurgents' and civilians were killed. From 1982 the Zimbabwe Defense Forces (ZDF) deployed to Mozambique to secure vital transport arteries to the coast. In 1985 ZDF fought alongside troops from Kenya and Tanzania against Renamo and the South African Defense Forces. From 1998 to 2005 the ZDF deployed into the Democratic Republic of the Congo ostensibly to support President Kabila but, in reality, diamonds and other resources were the motives. This war became known as Africa's First World War. Since 2000 Zimbabwe has been in a state of civil war polarized between Mugabe's ZANU-PF and the MDC opposition. At the same time the white farmers have been driven off their land and the economy ruined. Despite the so-called Government of National Unity the outlook remains bleak and Mugabe's grip on power relies on his war machine. Selling Points First Full account of Mugabe's military oppression of his people and neighbouring countries. Interest in Mugabe as a hate figure and dictator/tyrant is intense. Written by highly respected tea with detailed knowledge of the subject. Shocking stories of genocide, murder and torture. Highly revealing. Serialisation prospect.

» Have you read this book? We'd like to know what you think about it - write a review about Mugabe's War Machine book by Paul Moorcraft and you'll earn 50c in Boomerang Bucks loyalty dollars (you must be a Boomerang Books Account Holder - it's free to sign up and there are great benefits!)


A Preview for this title is currently not available.
More Books By Paul Moorcraft
View All

It Just Doesn't Add Up: Explaining Dyscalculia and Overcoming Number Problems for Children and Adults
$30.77 $34.19