Life, it seems, couldn't be better for smooth TV presenter Johnny Debonair. He's at the top of the pile- Mr Saturday Night on prime time, with his recent memoir Gentleman's Relish riding high in the bestsellers. Over lunch at La Mirabelle with his editor Pip Hardback, he announces that next he'd like to write a novel- the story of a young man, similar to himself in many ways, until he becomes involved in a series of murders. 'It's a great idea,' says Pip, licking his lips, 'a comedy thriller,' and a handsome advance is handed over. The one thing Johnny, or JD as he prefers it, fails to tell his editor is that this isn't fiction. The story JD is about to unleash is the dark truth of his life that could never have been revealed in his memoir...This is a hilarious tale of murderous deception and of closets overrun with skeletons; a fiendish satire of ambition and modern celebrity success from one of our most loved comedy icons.

Other Editions - Murder Most Fab by Julian Clary 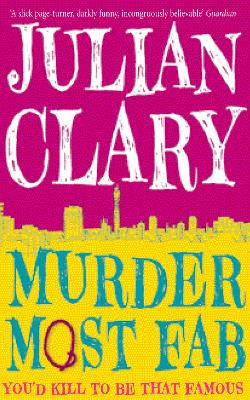 » Have you read this book? We'd like to know what you think about it - write a review about Murder Most Fab book by Julian Clary and you'll earn 50c in Boomerang Bucks loyalty dollars (you must be a Boomerang Books Account Holder - it's free to sign up and there are great benefits!)

Julian Clary is one of Britain's most loved entertainers. His memoir A Young Man's Passage was a Sunday Times bestseller. Murder Most Fab is his first novel. He lives in Camden and Kent.