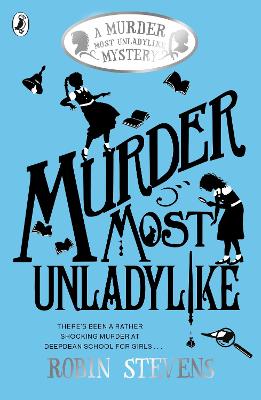 A Murder Most Unladylike Mystery

When Daisy Wells and Hazel Wong set up their very own secret detective agency at Deepdean School for Girls, they struggle to find any truly exciting mysteries to investigate. (Unless you count the case of Lavinia's missing tie. Which they don't.)

Then Hazel discovers the Science Mistress, Miss Bell, lying dead in the Gym. She assumes it was a terrible accident - but when she and Daisy return five minutes later, the body has disappeared. Now Hazel and Daisy not only have a murder to solve- they have to prove one happened in the first place.

Determined to get to the bottom of the crime before the killer strikes again (and before the police can get there first, naturally), Hazel and Daisy must hunt for evidence, spy on their suspects and use all the cunning and intuition they can muster. But will they succeed? And can their friendship stand the test?

Other Editions - Murder Most Unladylike by Robin Stevens 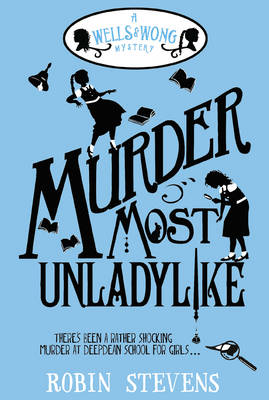 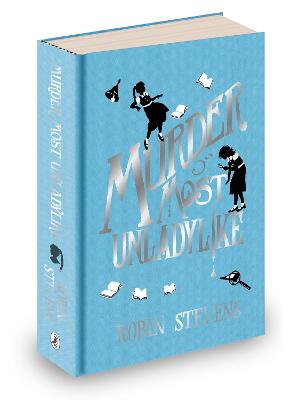 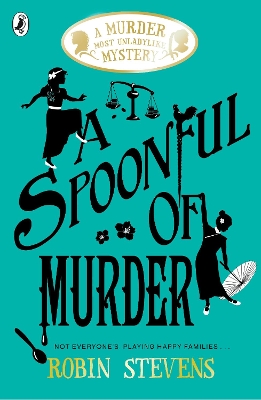 » Have you read this book? We'd like to know what you think about it - write a review about Murder Most Unladylike book by Robin Stevens and you'll earn 50c in Boomerang Bucks loyalty dollars (you must be a Boomerang Books Account Holder - it's free to sign up and there are great benefits!)

Robin Stevens was born in California and grew up in an Oxford college, across the road from the house where Alice in Wonderland lived. She has been making up stories all her life. When she was twelve, her father handed her a copy of The Murder of Roger Ackroyd and she realised that she wanted to be either Hercule Poirot or Agatha Christie when she grew up. When it occurred to her that she was never going to be able to grow her own spectacular walrus moustache, she decided that Agatha Christie was the more achievable option. She spent her teenage years at Cheltenham Ladies' College, reading a lot of murder mysteries and hoping that she'd get the chance to do some detecting herself (she didn't). She went to university, where she studied crime fiction, and then worked in children's publishing. She is now a full-time writer. Robin now lives in London with her pet bearded dragon, Watson.