Murder on a Midsummer Night

Description - Murder on a Midsummer Night by Kerry Greenwood

'I must say Jack, I have been in some awful company before - I have dined with torturers and Apaches and strict Plymouth Brethren and politicians - but I never met such vile company as those people. Each in his or her own way, they were frightful.'

Melbourne, 1929. The year starts off for glamorous private investigator Phryne Fisher with a rather trying heat wave and more mysteries than you could prod a parasol at. Simultaneously investigating the apparent suicide death of a man on St Kilda beach and trying to find a lost, illegimate child who could be heir to a wealthy old woman's fortune, Phryne needs all her wits about her, particularly when she has to tangle with a group of thoroughly unpleasant Bright Young Things.

But Phryne Fisher is a force of nature, and takes in her elegant stride what might make others quail, including terrifying s ances, ghosts, Kif smokers, the threat of human sacrifices, dubious spirit guides and maps to buried pirate treasure .

Other Editions - Murder on a Midsummer Night by Kerry Greenwood 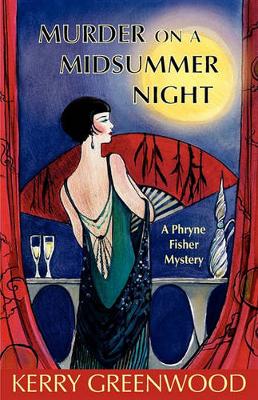 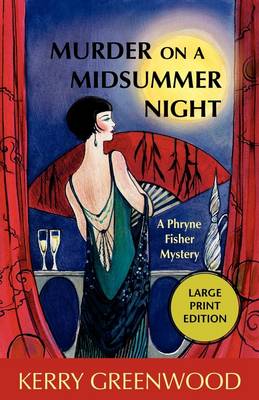 Book Reviews - Murder on a Midsummer Night by Kerry Greenwood

» Have you read this book? We'd like to know what you think about it - write a review about Murder on a Midsummer Night book by Kerry Greenwood and you'll earn 50c in Boomerang Bucks loyalty dollars (you must be a Boomerang Books Account Holder - it's free to sign up and there are great benefits!)

Murder on a Midsummer Night is the seventeenth book in the popular Phryne Fisher series by Australian author, Kerry Greenwood. As 1929 begins with a very hot spell, Phryne is asked by her sister, Eliza to investigate a death the police believe a suicide. Mrs Manifold is convinced her son, Augustine did not take his own life. An Old Wares dealer who was much loved by clients, friends and staff, Augustine was excited about a discovery that would buy his beloved mother a house and see him independent very soon. Certain irregularities in the pathology report have Phryne intrigued. A group of obnoxious and rather dangerous Bright Young Things that Phryne encounters at Augustine’s funeral head her list of suspects. At the same time, Phryne is visited by a barrister for a well-to-do family whose matriarch has left a puzzling will. Phryne is engaged to find a possible heir to the estate hitherto unknown. This excellent instalment features a Harley rider with a grudge, a Professor of languages, Cec’s cousin Cedric, a haughty butler, a failing businessman, some ageing thespians, a nun, a cache of gold coins and a blackmailer. Phyrne attends a Requiem mass, holds a séance, reads a diary written in code, escapes a bunch of kif smokers, visits a funeral parlour and hosts a birthday party. As usual, Mr and Mrs Butler provide at-home support while Dot, Jane, Eliza and her friend, Lady Alice, Bert and Cec, Jack and Lin Chung all take an active part in the various investigations. Another excellent dose of Phryne mystery.

Kerry Greenwood is the author of more than forty novels, six non-fiction works and the editor of two collections. Previous novels in the Phryne Fisher series are Cocaine Blues, Flying too High, Murder on the Ballarat Train, Death on the Victoria Dock, Blood and Circuses, The Green Mill Murder, Ruddy Gore, Urn Burial, Raisins and Almonds, Death Before Wicket, Away with the Fairies, Murder in Montparnasse, The Castlemaine Murders, Queen of the Flowers, Death by Water, Murder in the Dark and, most recently, A Question of Death: An illustrated Phryne Fisher treasury. She is also the author of the Corinna Chapman crime series, several books for young adults and the Delphic Women series. When she is not writing she is an advocate in Magistrates' Court for the Legal Aid Commission. She is not married, has no children and lives with a registered Wizard. 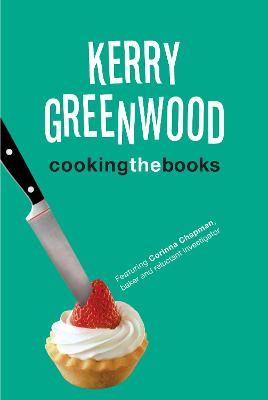 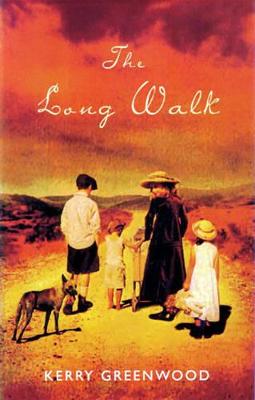