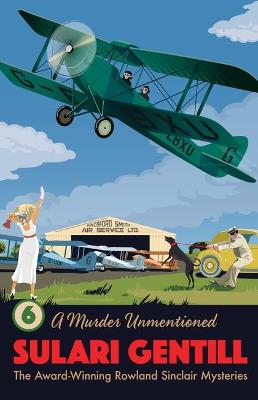 For nearly fourteen years, Rowland has tried to forget, but now the past has returned. A newly-discovered gun casts light on a family secret long kept... a murder the Sinclairs would prefer stayed unsolved. As old wounds tear open, the dogged loyalty of Rowland's inappropriate companions is all that stands between him and the consequences of a brutal murder... one he simply failed to mention.

Other Editions - A Murder Unmentioned by Sulari Gentill 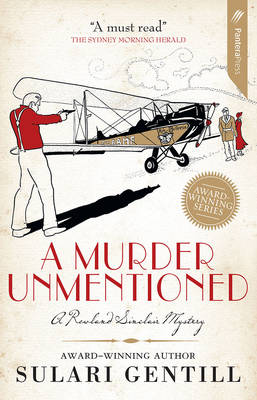 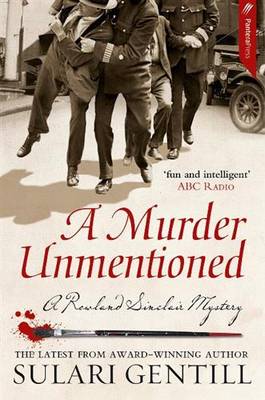 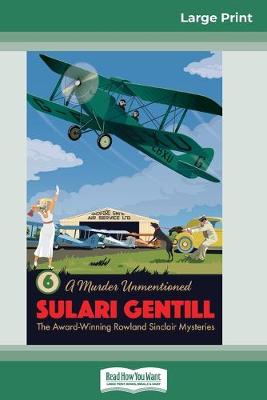 » Have you read this book? We'd like to know what you think about it - write a review about Murder Unmentioned book by Sulari Gentill and you'll earn 50c in Boomerang Bucks loyalty dollars (you must be a Boomerang Books Account Holder - it's free to sign up and there are great benefits!)

5 stars A Murder Unmentioned is the sixth book in the Rowland Sinclair series by award-winning Australian author, Sulari Gentill. Gentleman artist, Rowland Sinclair is shocked to learn that his father’s pistol, the weapon used to kill him, has been found in the (now-drained) dam on the Sinclair property at Yass. Rowly’s artistic friends have only a short time to be puzzled by fact that he has never before mentioned Henry Sinclair’s murder: Rowly is summoned by his brother, Wil to Oaklea.

Rowly does get to fly his Gipsy Moth bi-plane down there, but has to deal with damage to his plane from an unsuitable landing spot, political preachers, a critical cousin and a besotted maiden intent on marriage. The police turn up to question the brothers about their father’s demise almost fourteen years earlier, bringing in a hated figure from the past with disturbing revelations. And then someone starts shooting at Rowly. And someone else is murdered.

But if the items recovered from the dam suggest that the original burglary-gone-wrong story is false, then who killed Henry Sinclair? Have people been covering for each other on assumptions of guilt? Is one of them now headed for the gallows?

In this instalment, Gentill again serves up plenty of fascinating historical detail, giving a few famous (and infamous) figures cameos (and some, more significant roles). There are twists and red herrings aplenty, and the identity of the murderer is likely to surprise even the most astute reader.

A kidnapping, a birth and an engagement are in the mix. Rowly’s ugly greyhound, Lenin is injured, a very unusual Christmas is celebrated, Harry Simpson shares more unfortunate dog stories, and someone gets an unenviable perspective of Long Bay Prison. The reader learns quite a bit about Rowly’s youth and perhaps gains more respect for his older brother.

Quotes from press articles of the time that preface the chapters cleverly serve the purpose of providing information related to the text that follows. As always, Gentill effortlessly evokes the era. Once again, a superb dose of Australian historical crime fiction. Readers by now addicted will be delighted to know they can look forward to a further four (at least) instalments of this award-winning series, beginning with Give The Devil His Due.

How to Raise an Elephant
Alexander McCall Smith
$25.49 $29.99
More Books By Sulari Gentill
View All