Muscular Christianity and the Colonial and Post-Colonial World

Description - Muscular Christianity and the Colonial and Post-Colonial World by John J. Macaloon

This Volume explores the enormous impact the ethos of Muscular Christianity has had an on modern civil society in English-speaking nations and among the peoples they colonized. First codified by British Christian Socialists in the mid-nineteenth century, explicitly religious forms of the ideology have persistently re-emerged over ensuing decades: secularized, essentialized, and normalized versions of the ethos - the public school spirit, the games ethic, moral masculinity, the strenuous life - came to dominate and to spread rapidly across class, status, and gender lines. These developments have been appropriated by the state to support imperial military and colonial projects. Late nineteenth and early twentieth century apologists and critics alike widely understood Muscular Christianity to be a key engine of British colonialism. This text demonstrates the need to re-evaluate the entire history of Muscular Christianity comes chiefly from contemporary post-colonial studies. The papers explore fascinating case materials from Canada, the U.S., India, Japan, Papua, New Guinea, the Spanish Caribbean, and in Britain in a joint effort to outline a truly international, post-colonial sport history.

Other Editions - Muscular Christianity and the Colonial and Post-Colonial World by John J. Macaloon 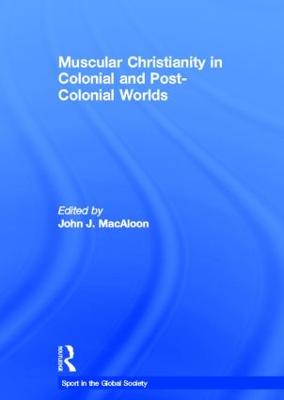 » Have you read this book? We'd like to know what you think about it - write a review about Muscular Christianity and the Colonial and Post-Colonial World book by John J. Macaloon and you'll earn 50c in Boomerang Bucks loyalty dollars (you must be a Boomerang Books Account Holder - it's free to sign up and there are great benefits!)

John J MacAloon is Professor and Deputy Dean of the Social Sciences Division at the University of Chicago. He is author of the classic, The Great Symbol: Pierre De Coubertin and the origins of the modern Olympic Games.

A Preview for this title is currently not available.
More Books By John J. Macaloon
View All