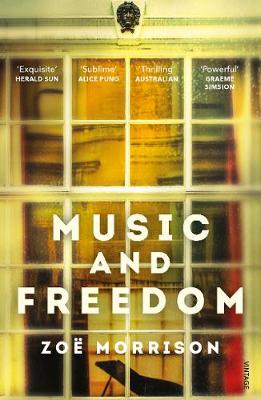 Winner of the 2016 Readings Prize for New Australian Fiction, a gripping and beautifully written novel for fans of Anne Tyler and Elizabeth Strout.

I have no use for forgiveness, not yet. But other ideas like that, kindness, for example, I think that is fundamental. Resurrection; I like that too. And love, of course, love, love, love.'Alice Murray learns to play the piano aged three on an orange orchard in rural Australia. Recognising her daughter?s gift, her mother sends Alice to boarding school in the bleak north of England, and there Alice stays for the rest of her childhood. Then she?s offered a scholarship to the Royal College of Music in London, and on a summer school in Oxford she meets Edward, an economics professor who sweeps her off her feet.Alice soon finds that Edwards is damaged, and she?s trapped. She clings to her playing and to her dream of becoming a concert pianist, until disaster strikes. Increasingly isolated as the years unravel, eventually Alice can?t find it in herself to carry on. Then she hears the most beautiful music from the walls of her house ... This novel?s love story is that of a woman who must embrace life again if she is to survive. Inspiring and compelling, it explores the dark terrain of violence and the transformative powers of music and love.

Other Editions - Music and Freedom by Zoe Morrison 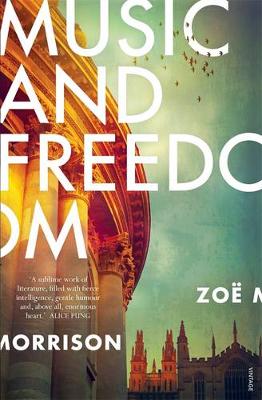 » Have you read this book? We'd like to know what you think about it - write a review about Music and Freedom book by Zoe Morrison and you'll earn 50c in Boomerang Bucks loyalty dollars (you must be a Boomerang Books Account Holder - it's free to sign up and there are great benefits!)

ZoU Morrison is the author of the debut novel Music and Freedom, which won the 2017 ALS Gold Medal, the 2016 Readings Prize for New Australian Fiction, was iBooks Australian Fiction Book of the Year for 2016 and short-listed for an ABIA award. Morrison has a DPhil in human geography from Oxford University where she studied as a Rhodes Scholar before working as a college lecturer in geography and gender studies. She has done research and advocacy in the fields of violence against women and social justice. She also has an LMusA in piano performance. She lives in Melbourne.