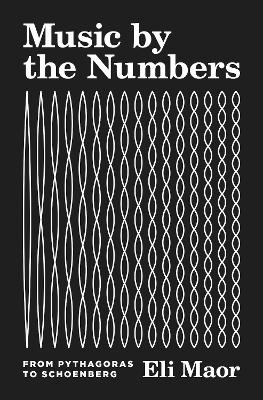 Music by the Numbers

From Pythagoras to Schoenberg

Description - Music by the Numbers by Eli Maor

How music has influenced mathematics, physics, and astronomy from ancient Greece to the twentieth century Music is filled with mathematical elements, the works of Bach are often said to possess a math-like logic, and Igor Stravinsky said "musical form is close to mathematics," while Arnold Schoenberg, Iannis Xenakis, and Karlheinz Stockhausen we

Other Editions - Music by the Numbers by Eli Maor Book Reviews - Music by the Numbers by Eli Maor

» Have you read this book? We'd like to know what you think about it - write a review about Music by the Numbers book by Eli Maor and you'll earn 50c in Boomerang Bucks loyalty dollars (you must be a Boomerang Books Account Holder - it's free to sign up and there are great benefits!)

Eli Maor is a former professor of the history of mathematics at Loyola University Chicago. He is the author of seven previous books, including the internationally acclaimed To Infinity and Beyond, e: The Story of a Number, Trigonometric Delights, and The Pythagorean Theorem: A 4,000-Year History (all Princeton).

A Preview for this title is currently not available.
More Books By Eli Maor
View All