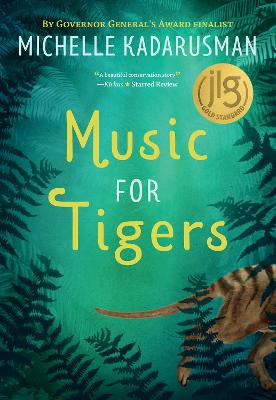 A young violinist discovers her mother's family secretly harbour a sanctuary for extinct Tasmanian tigers in the remote Australian rainforest.

From Governor General's Literary Award finalist Michelle Kadarusman comes a novel about a young violinist who discovers her mother's family secretly harbour a sanctuary for extinct Tasmanian tigers in the remote Australian rainforest.

Shipped halfway around the world to spend the summer with her mom's eccentric Australian relatives, middle schooler and passionate violinist Louisa is prepared to be resentful. But life at the family's remote camp in the Tasmanian rainforest is intriguing, to say the least. There are pig-footed bandicoots, scary spiders, weird noises and odors in the night, and a quirky boy named Colin who cooks the most amazing meals. Not the least strange is her Uncle Ruff, with his unusual pet and veiled hints about something named Convict Rock.

Finally, Louisa learns the truth: Convict Rock is a sanctuary established by her great-grandmother Eleanor-a sanctuary for Tasmanian tigers, Australia's huge marsupials that were famously hunted into extinction almost a hundred years ago. Or so the world believes. Hidden in the rainforest at Convict Rock, one tiger remains. But now the sanctuary is threatened by a mining operation, and the last Tasmanian tiger must be lured deeper into the forest. The problem is, not since her great-grandmother has a member of the family been able to earn the shy tigers' trust.

As the summer progresses, Louisa forges unexpected connections with Colin, with the forest, and-through Eleanor's journal-with her great-grandmother. She begins to suspect the key to saving the tiger is her very own music. But will her plan work? Or will the enigmatic Tasmanian tiger disappear once again, this time forever?

A moving coming-of-age story wrapped up in the moss, leaves, and blue gums of the Tasmanian rainforest where, hidden under giant ferns, crouches its most beloved, and lost, creature.

Other Editions - Music for Tigers by Michelle Kadarusman 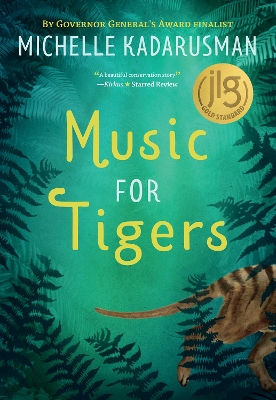 » Have you read this book? We'd like to know what you think about it - write a review about Music for Tigers book by Michelle Kadarusman and you'll earn 50c in Boomerang Bucks loyalty dollars (you must be a Boomerang Books Account Holder - it's free to sign up and there are great benefits!)


A Preview for this title is currently not available.
More Books By Michelle Kadarusman
View All